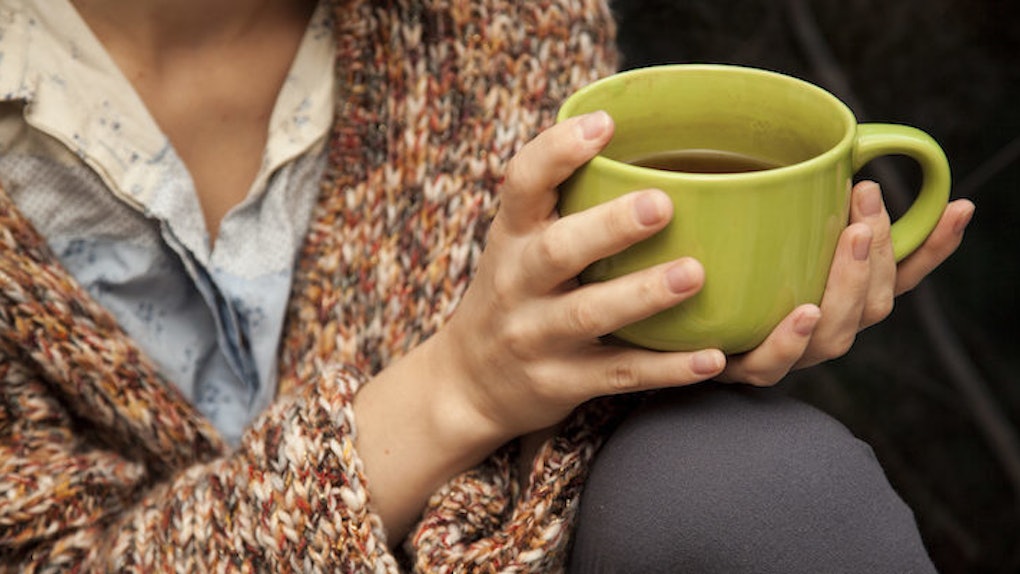 Green tea has long been touted as the ultimate healthy drink, but a new study suggests the calming brew may not be all it's cracked up to be.

In fact, excessive amounts of green tea may hinder your ability to have children. What?

Researchers conducted a study analyzing the effects of massive quantities of green tea on the larvae of fruit flies, a species with which we share 75 percent of our genes. The researchers determined the flies exposed to excessive amounts of green tea polyphenols tended to have lower-functioning reproductive organs.

According to the study,

[The exposed flies] were slower to develop, emerged smaller, and exhibited a dramatic decline in the number of emerged offspring.

Of course, though we share the majority of our genetics with fruit flies, we don't share all our genes; there's a possibility the effects are lesser or somehow different on humans.

It should also be noted the flies were given an exorbitant amount of the polyphenols in relation to their body sizes. For a human to consume a similar amount would be difficult, if not completely impossible.

So, take this all with a grain of salt, but maybe don't rely too heavily on green tea for your daily hydration. Everything in moderation, folks!

Read the full study at the Journal of Functional Foods.

Citations: Green Tea Might Affect Your Ability To Have Kids Says Study But Heres Why You Shouldnt Freak Out Too Much Yet (Bustle)