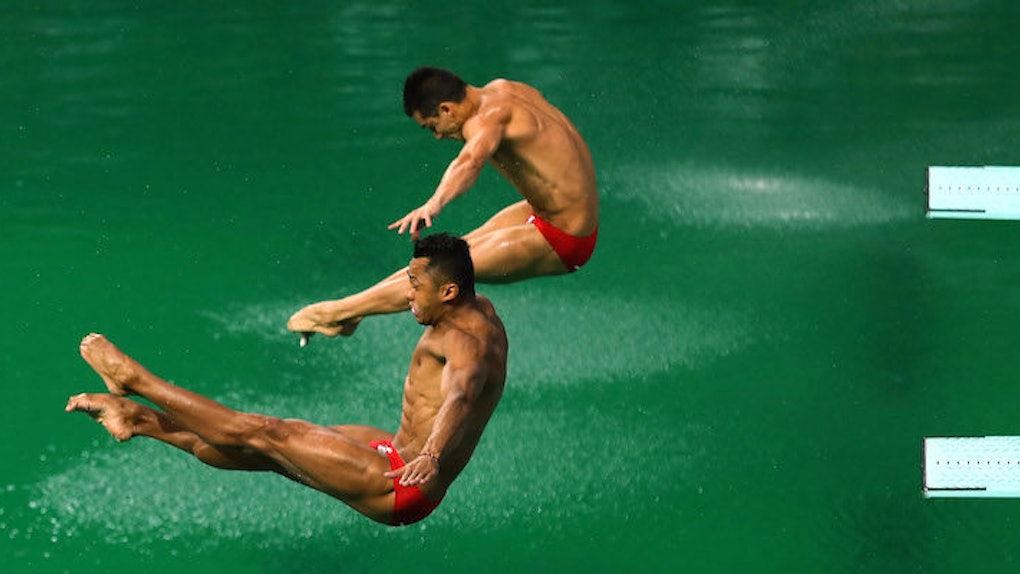 The Green Olympic Pool Smelled 'Like A Fart,' So Officials Finally Closed It

It seems that the Rio Olympics are being run about as well as a child's lemonade stand.

One of the diving pools was shut down today after the water — which should be the classic, you know, blue — turned a dark green.

Before finally closing it, the Olympic officials had maintained that this “posed no risk to athletes.”

The change in color is allegedly due to, according to officials, “the water tanks running out of some of the chemicals used in the water treatment process. As a result the pH level of the water was outside the usual range, causing the discoloration." This has caused a “proliferation of algae.”

Which is, in a word, gross.

What may have caused them to finally go through with closing the pool was the fact that, according to a German diver, the pool smelled like, and I quote, “a fart.”

In an attempt to fix the problem and stop it from happening elsewhere, they've made matters worse. According to several contenders, high levels of chlorine in the water have caused their eyes to start sting severely.

Tony Azevedo, Team USA men's water polo captain, said that he “could barely open my eyes for the final quarter.” Others have echoed this complaint. Azevedo went on to say,

This is the Olympic Games and they are putting so much chlorine in the water that people can't see. You can't have that."

Still, Olympic officials continue to insist, “There's absolutely no risk, no effect for athletes who will compete in the pool.”

So, in summation, the pools make your eyes sting painfully, have turned green and smell like a fart.

I love the Olympics.