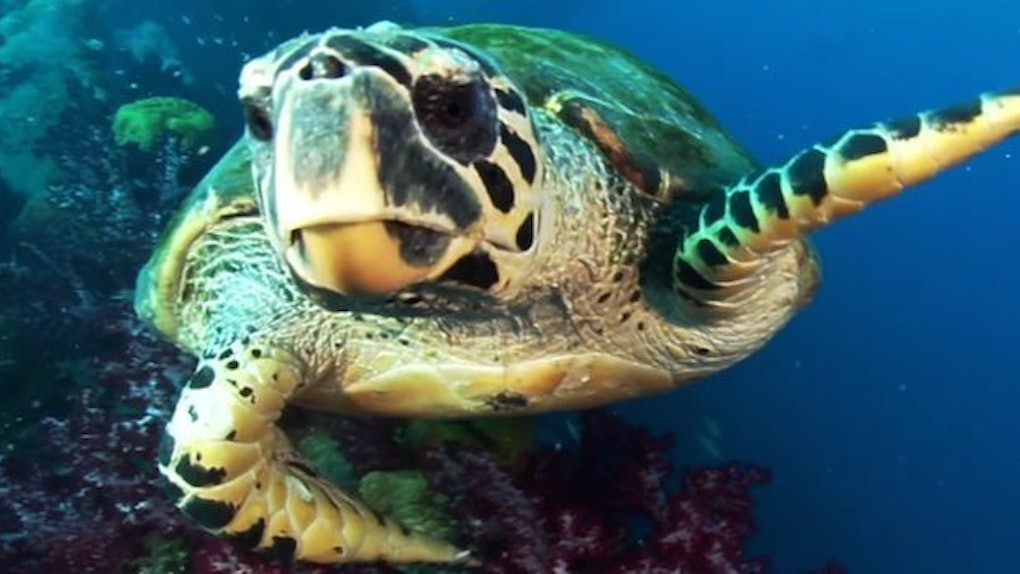 Scientists discovered the first reptile -- a hawksbill sea turtle -- to display biofluorescence, or the ability to reflect the water's blue light in a different color.

According to National Geographic, marine biologist David Gruber of the City University of New York and his team came upon the phenomenon in July in the Solomon Islands, which are located in the same general area of the Pacific Ocean as Australia.

The "critically endangered" reptile was glowing bright neon green and thick red all throughout its body.

Alexander Gaos, the director of the Eastern Pacific Hawksbill Initiative, did not take part in the discovery, but he told National Geographic,

I've been [studying turtles] for a long time and I don't think anyone's ever seen this. This is really quite amazing.

Gruber isn't sure why these rare creatures possess biofluorescence, but Gaos suggested it may be a product of evolution.

[Biofluorescence is] usually used for finding and attracting prey or defense or some kind of communication.

He said it could act as the turtle's camouflage, noting its shell already makes the turtle "really hard to spot" during the day.

But the hawksbill is difficult to study because the population dwindled by nearly 90 percent worldwide, and the remaining few are very well protected, Gruber said.

In a video about the discovery, he added some populations feature "just a few thousand breeding females."

For that reason, Gruber is considering turning his attention to the green sea turtle, which is also endangered but reportedly very similar to the hawksbill.