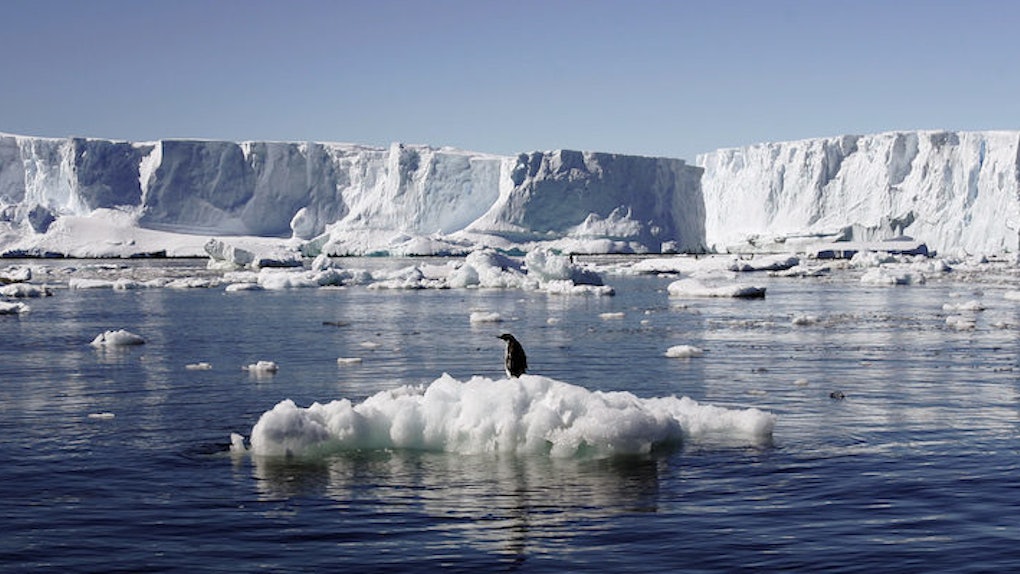 Scientists' Latest Global Warming Predictions Will Really Freak You Out

A new study on climate change claims sea level could rise several feet by the end of the century, endangering the existence of virtually every coastal city.

Previous research estimated it would take hundreds or thousands of years for the West Antarctic ice sheet, which is bigger than Mexico, to melt, but a paper completed by Robert M. DeConto of the University of Massachusetts Amherst and David Pollard of Pennsylvania State University predicts it could happen within a matter of decades.

The scientists arrived at this conclusion by entering a scenario into an updated version of a computerized model of Antarctica, The New York Times reports.

Numerous factors that could cause ice to rapidly disintegrate were implemented, two of which have already been observed in glaciers in Greenland, according to The Washington Post. One of these factors involves ice cliffs at least 100 meters above sea level becoming so unstable they collapse.

The pair eventually determined the West Antarctic ice sheet could put enough water into the ocean to increase sea level by as much as 3 feet by the year 2100. Another 2 to 3 feet would be added on top of that due to ice melting in other parts of the world at the same time.

Sea level would then continue to rise at least a foot per decade by the mid-2200s, the pair found.

We are not saying this is definitely going to happen. But I think we are pointing out that there's a danger, and it should receive a lot more attention.

This scenario of global warming would make coastal cities such as New York, New Orleans, London, Shanghai and Sydney equally vulnerable to drowning in the 22nd century. Defenses could be put up to save the most populated cities, but many large, coastal areas all over the world would be unprotected. It is impossible, experts said, to build enough defenses to shield all 95,000 miles of the US coastline.

You could think of all sorts of ways that we might duck this one. I'm hopeful that will happen. But given what we know, I don't think we can tell people that we're confident of that.

The study noted the collapse of West Antarctica could be halted by significantly limiting greenhouse gas emissions.

World leaders organized a deal in Paris late last year to cut carbon emissions enough to hold the increase in global warming to fewer than 2 degrees Celsius, but according to The New York Times, this goal is nowhere near the amount of emission reduction required to save West Antarctica.