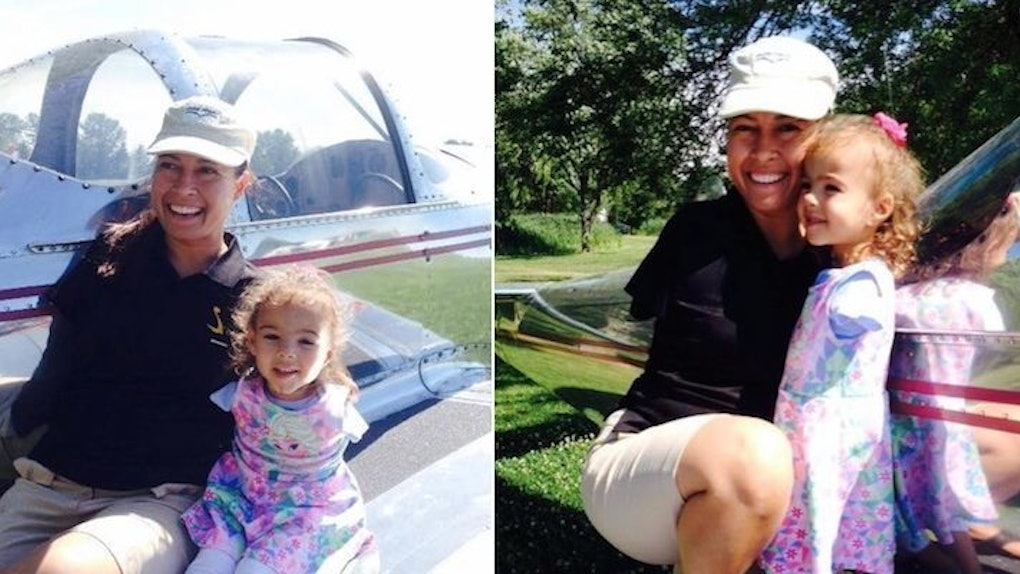 3-Year-Old With No Arms Got To Hug Her Hero, The First Armless Pilot

A pilot and a brave young girl showed arms aren't always necessary for a warm hug.

Karlyn Pranke of St. Paul, Minnesota has a 3-year-old daughter, Ruth Evelyn, or "RE," who was born without arms, according to ABC News.

After finding out in her 20th week of pregnancy her daughter would be born that way, Pranke came upon the greatest inspiration her future daughter could ever ask for: the world's first licensed pilot without arms.

In addition to flying planes, Jessica Cox, who also was born without arms, is a motivational speaker, third-degree black belt, skydiver and yes, a licensed driver.

Karlyn decided she wanted RE to meet this inspiring woman.

Mashable reports Pranke messaged Cox on Facebook and arranged for the two to meet at the premiere of "Right Footed," a documentary about Cox, on July 24.

The mother and daughter drove six hours to Oshkosh, Wisconsin, where Cox gave RE a tour of her airplane and promised the little girl she will adapt to her disability and have a happy, fulfilling life.

But, easily the most powerful moment of the day was a hug Cox shared with RE.

Of the heartwarming moment, Cox said,

The top question I get as a speaker is 'How do you hug?,' That picture clearly showed that you don't need arms to embrace someone. It was special that we could feel the same, mutual feeling -- what a hug is without arms.

Cox continues to share suggestions with Pranke as to how her daughter can better balance herself.

RE can use an iPad, carry objects under her chin and even do some feeding herself, her mother says.

Pranke added her daughter has been in high spirits since the meeting and is now gleefully proclaiming, "She's just like me," when recalling Cox.

Citations: Heartwarming Photo of Woman and Toddler Proves You Dont Need Limbs For Hugging (ABC News), Little girl with no arms leans in for an adorable hug with first armless pilot (Mashable)