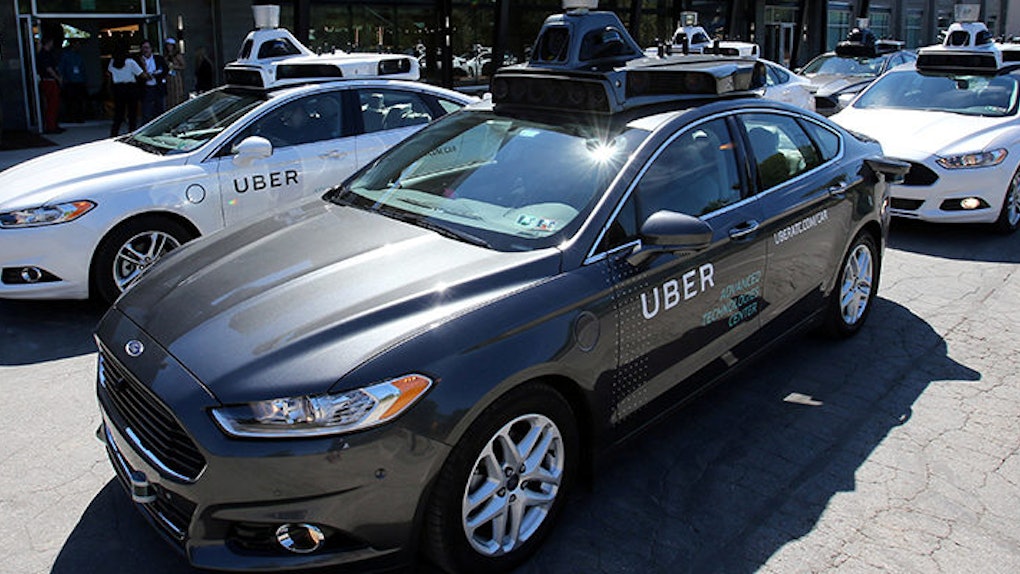 A girl taking an Uber from Williamsburg to see her boyfriend in Bed-Stuy?

A girl taking an Uber from Williamsburg, Virginia to see her boyfriend in Bed-Stuy, though? Yeah, that's just nuts.

But crazy as it seem, it's exactly what one woman signed up for this past summer when she called for an Uber outside a Ben & Jerry's down south.

The girl's driver, 64-year-old Janis Rogers, shared the story with the New York Post and described her as as "about 19 or 20" with long brown hair, adding

She was pretty. She was sitting outside with a suitcase and a bag. I did not get her name. I think she had been Ubering up the coast.

To be clear, "Ubering up the coast" is costly.

On one hand, the price highlights how much cheaper Ubers are in the most extreme case (as the Post points out, taking a New York City taxi that far would cost over $1,000).

On the other hand, um, has this girl ever heard of planes? A one-way ticket from Norfolk to New York, bought a month in advance, would cost around $250 dollars. A simple Google search will tell you that.

Never mind that a train or a bus also are also cheaper, available options.

To be fair though, it looks like the young woman was in an all-of-the-sudden type of situation. According to Rogers, when the car arrived, the woman asked, "How far north can you take me?"

And yet, the driver says the woman -- who, to be fair, slept during the whole ride -- wasn't all that excited to see her man.

She didn't seem excited to see her boyfriend. She was kind of blasé. She looked tired.

The Virginia-to-Brooklyn ride is now the longest in Uber history, Harry Campbell told the New York Post. Campbell is an Uber driver himself who blogs about his industry.

Oh, and as for the driver? Rogers says that after calculating expenses, the ride only earned her about $9 per hour.

This was not lucrative. I did it because it was an adventure.

Yeah, this seems like it was a bad deal for all involved.