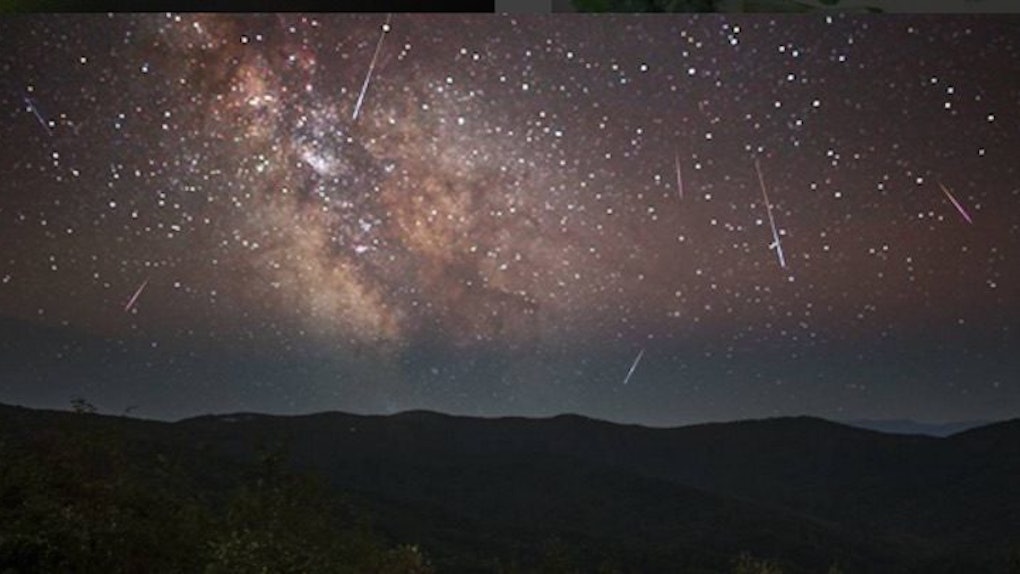 The Biggest Meteor Shower Of The Year Peaks Tonight

Stargazers, listen up: There's a huge meteor shower tonight, and from what we hear, it's going to be exceptional.

Touted as the biggest meteor shower of the year, the Geminids meteor shower — named after the constellation Gemini — is an annual event caused by the atmospheric burning of pieces of the Phaeton comet.

Unlike typical ice-covered comets, Phaeton, which orbits close to the sun, is composed entirely of rock. This means, when debris falls through the atmosphere, it burns in color; expect to see long green, yellow, and blue streaks in tonight's sky.

Either way, Phaeton's annual orbit will make for one stellar sky-gazing experience, if you're fortunate enough to catch a glimpse.

Aim to head outside after 9 pm. and stay as long as possible; the shower should peak sometime before dawn. If it's too cold (or cloudy) where you live, fear not: Slooh will be streaming a live cast of the meteor shower from the Canary Islands.

Get your cameras ready, friends. This is one show you won't want to miss.

Citations: The Biggest Meteor Shower of the Year Is Tonight and Heres How to Watch (Gizmodo)