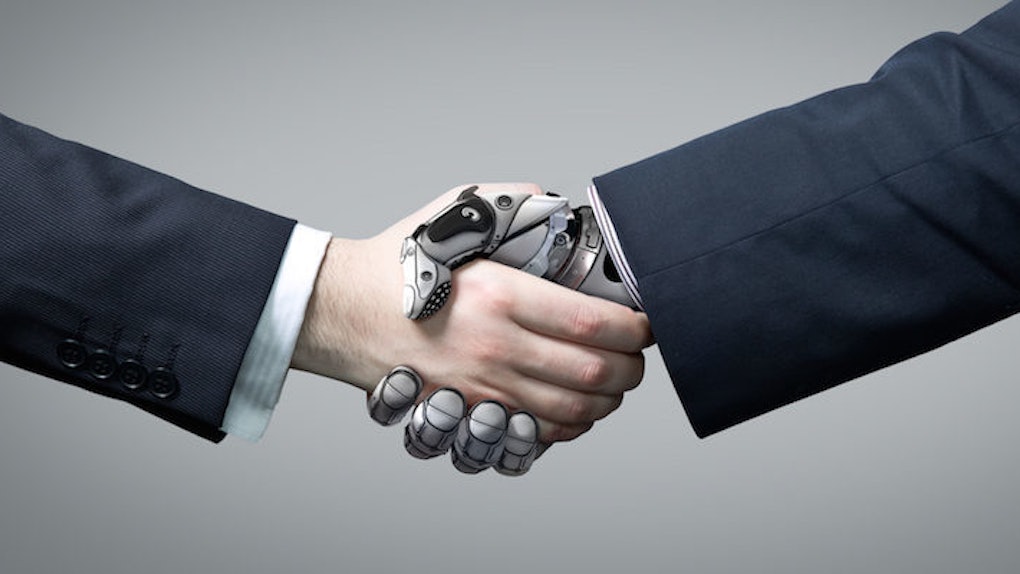 This Firm Just Hired A Robot Lawyer, So We're All Officially Useless

IBM makes the robot lawyer, and apparently, it will work in the firm's bankruptcy practice -- because what better way to test out a robot lawyer than by putting people with their lives crumbling around them in its virtual hands.

Look, once I watched the entirety of "I, Robot" without sound on another guy's screen on a flight, so, yeah, you could say I already know a lot about artificial intelligence.

But not even I, with my extensive experience in the subject, could predict robotics would have already developed so far, a law firm would actually hire an artificially intelligent lawyer.

IBM named this lawyer robot "ROSS" because, even though he is a robot, he is first and foremost a lawyer and, therefore, very boring. Ross is the name of the guy in the office who gets fired, and you don't notice until you run into him at a bar that weekend and get stuck in the most boring conversation in the world.

ROSS is built on a thing called "Watson," which is IBM's super smart computer thing that... Uh, who cares? Just watch this creepy video.

Now I don't know how much this robot's salary is (or is he paid in oil squirts, like the Tin Man?), but I think it is safe to say he probably costs a stupid amount of money.

This is, apparently, what ROSS does, according to IBM's website:

You ask your questions in plain English, as you would a colleague, and ROSS then reads through the entire body of law and returns a cited answer and topical readings from legislation, case law and secondary sources to get you up-to-speed quickly... In addition, ROSS monitors the law around the clock to notify you of new court decisions that can affect your case.

Sure, that sounds good, but I'm highly skeptical this law firm hired ROSS for any other reason than to be the first law firm that had a robot lawyer in its employ so it could sound very fancy and tech-savvy to potential rich people divorcing each other.

Nevertheless, it is still very indicative of what the future of our world might look like that an artificially intelligent android (or whatever) can actually serve a specific, practical purpose and not be simply a novelty -- which, as it stands, is the category almost all other artificial intelligence mimickers these days land in (hi, Siri).