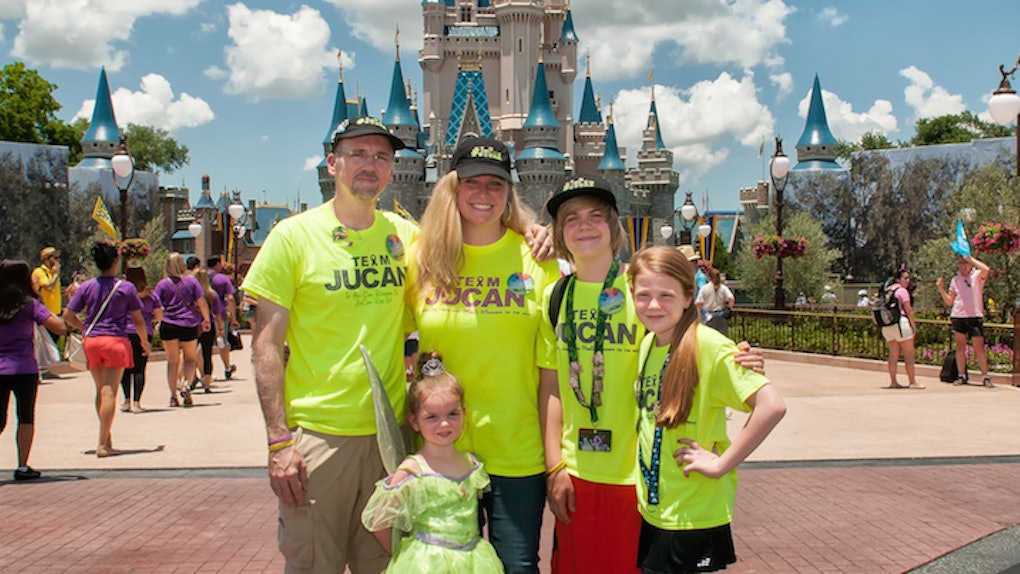 A Texas family completed a cross-country journey as a tribute to their late daughter and sibling.

Julia "Ju" Cobb had Ewing's sarcoma, a rare form of bone cancer, and passed away in October 2013 at just 8 years old, according to TODAY.com.

In August of last year, Jennifer and Jonathan Cobb, in addition to their three children, traveled 4,000 miles from California to Florida to memorialize Julia and raise awareness for pediatric cancer.

The walk itself took 320 days. We decided to walk from Disney Land to Disney World because that's where we had our last great memories of Julia.

The husband and wife took turns driving an SUV loaded with a cooler of ice and snacks, while the rest of the family and even their 14-year-old golden retriever walked an average of 20 to 25 miles a day.

Their 4-year-old daughter walked about a mile a day.

The first leg of the trip was the hardest considering they had to brave the 120-degree temperatures of the Mojave Desert.

There's about 250 miles between Barstow, California, and Vegas where there's nothing in between. Things die out there.

The family had no sponsors and hardly any money, but compassionate hotels comped their rooms while strangers bought them meals in restaurants.

They went to schools, churches and rotary clubs to discuss the JuCan Foundation, which aims to raise money for pediatric cancer research.

The foundation's name is a combination of Julia's name with the beginning letters of the word cancer, and it comes from a motto Julia would say to encourage fellow cancer patients.

She'd see someone pushing an IV pole with 10 bags of chemo hanging from it, and say, 'I just want to tell you that JuCan.'

Tragedy struck in Mississippi when the family dog had to be put down after becoming sick.

But they continued onward with the support of other cancer patients and their families who recognized their yellow shirts due to news coverage of the trek.

They are now working on building their foundation and creating a place for families to stay near the University of Texas MD Anderson Cancer Center or Texas Medical Center.

The location will be named "JuCan Castle."