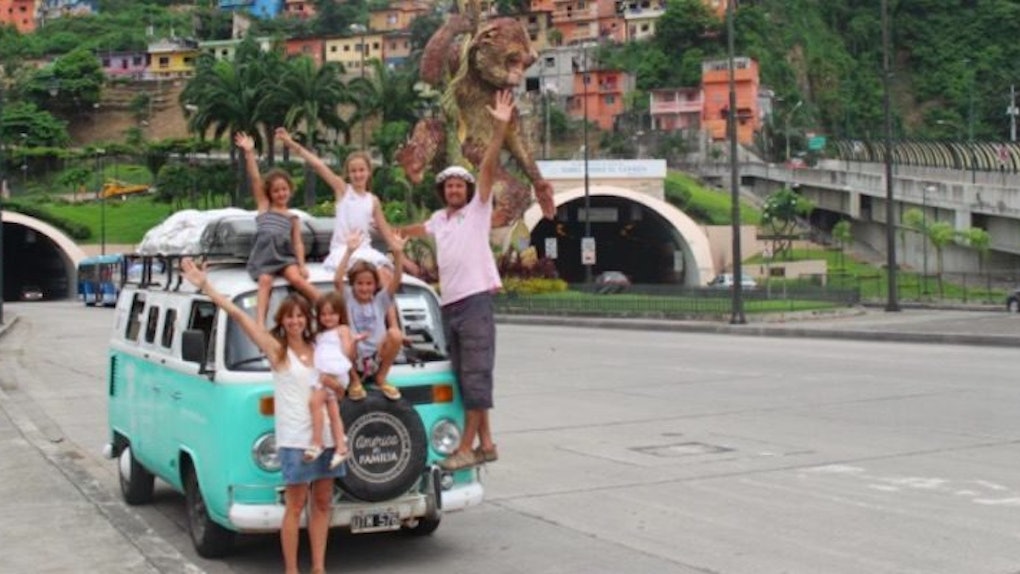 This Family Who Drove 13,000 Miles To See The Pope Ended Up Meeting Him

An Argentinian family crossed 13 countries to see the pope and earned a meeting with the beloved countryman over the weekend.

The Washington Post reports Noël Zemborain, Alfredo Walker and their four children left Buenos Aires in March to see Pope Francis at the World Meeting of Families in Philadelphia.

Traveling in a classic Volkswagen Bus, the family took pictures to memorialize the trip through South America, Central America and the US.

One of the family's first stops was Chile.

The beauty of Peru was just ahead.

Some friends appear to have been waiting in Mexico.

The family reached the US at the end of August...

...and, less than a month later, they were in Philadelphia.

The family of six attended the World Meeting of Families and received a phone call at 6 am on Sunday morning.

Pope Francis reportedly monitored the trip through the family's blog and requested to meet all of them at the St. Charles Borromeo Seminary.

Zemborain wrote about their meeting on the family's Facebook page. Apparently, when they met, Pope Francis looked at all of them and said,

You are the family who traveled from Buenos Aires? You are crazy.

He then said the family's strength and joy are exactly what the World Meeting of Families aims to celebrate, Zemborain wrote.

The pope hugged and spoke with the family before reportedly leaving them with one last remark. Walking away with a laugh, he said again,

Citations: Pope Francis tells family that drove 13000 miles to see him You are crazy (The Washington Post)