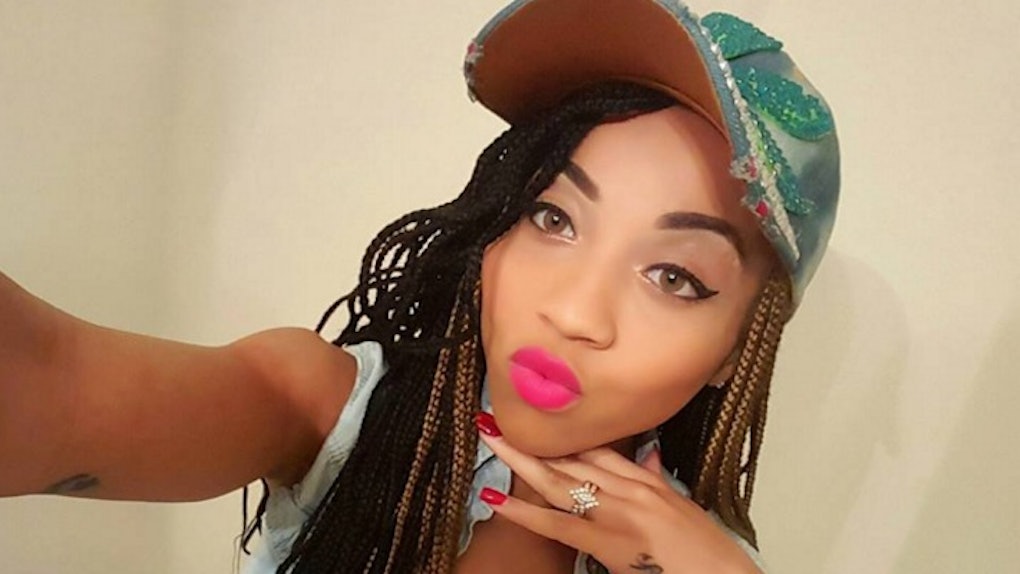 Korryn Gaines, 23, was live-streaming her altercation with officers at her Randallstown apartment when the video was taken down and she was shot dead.

Her five-year-old son suffered an arm wound in the exchange of gunfire.

It is not known if the boy was shot or hit by shrapnel, but he is recovering in the hospital and reported to be in a good condition.

Police spokeswoman Elise Armacost added police did not ask the firm to delete any information.

Her Facebook page has since been turned into a memorial page and there are no videos or pictures of the standoff.

But Gaines' Instagram account has a video purporting to show her talking to her son while police surround her apartment.

In it, she asks him, "What's happening right now? Who's outside?"

He answers, "The police."

Gaines asks her son to say why the police are outside, and he replies, "They're trying to kill us."

The police were at Gaines' apartment with a warrant for failure to appear in court on disorderly conduct and resist arrest charges.

Baltimore County Police said Gaines pointed a shotgun at officers when they entered the house and fired two rounds.

On-scene command staff filed a request with Facebook during the barricade to deactivate Gaines' Facebook and Instagram accounts in order to preserve the integrity of negotiations with her and for the safety of Gaines, her child and officers. Gaines was posting video of the operation, and followers were encouraging her not to comply with negotiators' requests that she surrender peacefully. This was a serious concern; successful negotiations often depend on the negotiators' ability to converse directly with the subject, without interference or distraction during extremely volatile conditions.