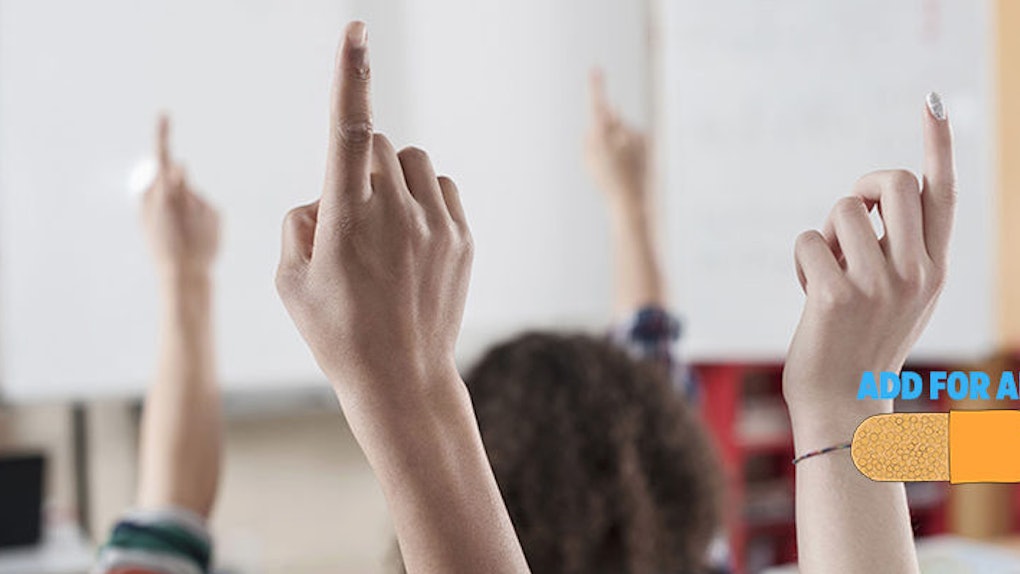 Let's start with the easy part: the numbers.

The question is, why are those numbers where they are now?

Answering that question is the hard part, and nothing reflects how complicated of a conversation this is than the amount of smart people who are constructing different arguments on opposite ends of the spectrum.

On one end, there's someone like Donna Ford, a professor of education and human development at Vanderbilt.

Ford looks at the trend of ADHD diagnoses and worries about black children being increasingly misdiagnosed.

In February, she wrote in a New York Times op-ed,

But boys tend to be more active than girls, and African-Americans are known for being movement-oriented, tactile and kinesthetic. This is considered normal and healthy in the African-American community but not necessarily so in schools.

When she expressed her opinion on the same subject in the same paper back in 2011, she was even more bullish in stressing the role of culture.

Of course, a small number of students from all cultural, racial and gender groups do have A.D.H.D. needs. However, I am convinced that the pervasiveness of this label is a product of prejudice and discrimination -- intentional by some, and unintentional by others. Either way, too many black males are inaccurately labeled as having A.D.H.D.

On the other end, there's someone like Keith B. Wilson, a professor at Southern Illinois University. Wilson looks at the trend and has a worry that's quite the opposite of Ford's: Black children being under-diagnosed.

In his own Times op-ed, Wilson wrote,

It is important to acknowledge that discrimination can be conscious (intentional) or unconscious (unintentional) on the part of educational and health care providers, but the effects are still harmful to both children and their parents and guardians. Without appropriate diagnosis, many black and Latino children miss out on badly needed opportunities to succeed.

Clearly, Ford and Wilson looked at the subject of ADHD diagnoses and went in two different directions.

You might ask then, who's wrong? And I'd argue neither of them has to be, necessarily.

Consider the one point at which both arguments seem to intersect: concern with the role that arbitrary opinion and subjectivity plays in diagnosing black children with ADHD.

Now, the role of subjectivity is an interesting point in discussing ADHD and Adderall for everyone, regardless of race.

As our own documentary on the use of Adderall notes, there is no standard clinical procedure to diagnose ADHD. In short, it's a general problem.

But when you combine that general problem with conditions that are specific to black kids, you can have different problems, depending on where you are.

Let's lay out a few examples.

One condition specific to black people is the trend of minorities having less access to health care and thus, treatments and diagnosis.

Now, you can take knowledge of that trend and reasonably worry about whether a large amount of black kids with ADHD are getting overlooked, as Wilson did.

On the other hand, you can worry about another condition specific to black children: They are often be taught by people who are culturally different from them in drastic ways.

In certain neighborhoods, you could be concerned kids will get mislabeled by teachers or doctors who simply don't understand the kids' environment.

That could pose any number of problems, like a kid getting diagnosed with ADHD when he or she really is experiencing trauma at home.

One doctor, Kate Szymanski of Adelphi University, expressed this exact concern in The Atlantic. Szymanski said,

To get a picture of trauma from a child is much harder than looking at behavior like impulsivity, hyperactivity. And if they cluster in a certain way, then it's easy to go to a conclusion that it's ADHD.

So, what does that mean?

Yes, the fact that the process of ADHD diagnosis can be arbitrary (or, if you really want to be cynical, sketchy) is a general point of concern for all.

But when you combine that concern with the already complicated relationship black children historically have with health care and the education system, there will be worries about whether those children are accurately diagnosed.

With Adderall use only increasing, it's become clear those are valid questions to ask.