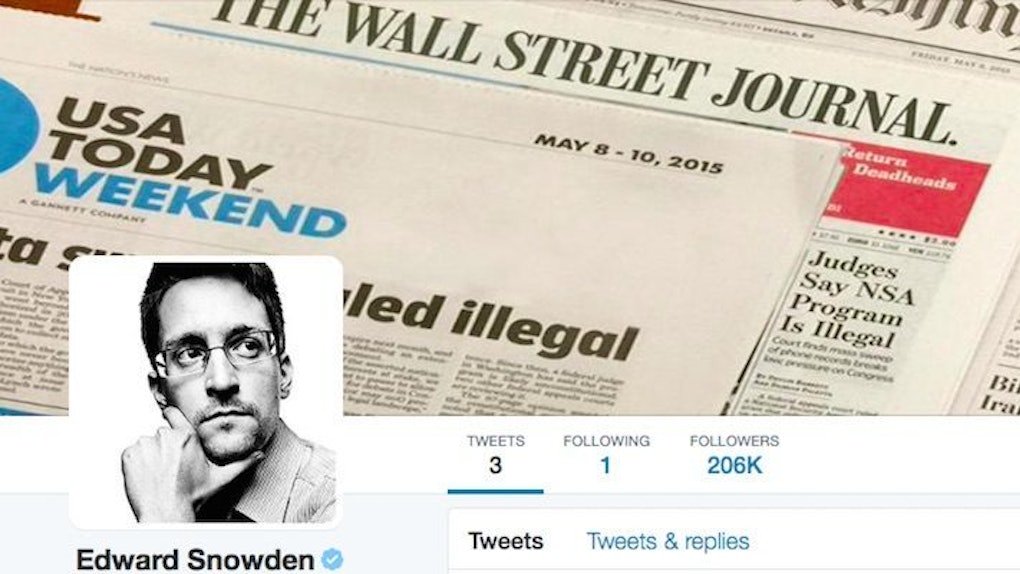 Renowned astrophysicist Neil deGrasse Tyson was particularly enthusiastic about his arrival. Tyson, who recently interviewed Snowden, was happy to see a fellow "geek" on Twitter.

.@neiltyson Thanks for the welcome. And now we've got water on Mars! Do you think they check passports at the border? Asking for a friend. — Edward Snowden (@Snowden) September 29, 2015

Ed @Snowden, If you visit Mars, I'd bet any life forms there will greet you with a sip of that water -- and a tourist visa. — Neil deGrasse Tyson (@neiltyson) September 29, 2015

Ed @Snowden, many call you Hero, others Traitor. Whatever else you are, you're a Geek to me. What do you say to those labels? — Neil deGrasse Tyson (@neiltyson) September 29, 2015

Snowden made it clear he's only been paying attention to the most important developments around the world. He's really taking advantage of all the Internet has to offer.

Snowden remains a highly controversial figure. Some view him a traitor, others a hero, but many on Twitter seem enthused he's now an active member of the social media universe.

Neil deGrasse Tyson obviously sees him as both a geek and a hero.

Even though he's stuck in Russia, it seems Snowden will now have ample opportunity to troll the US government.