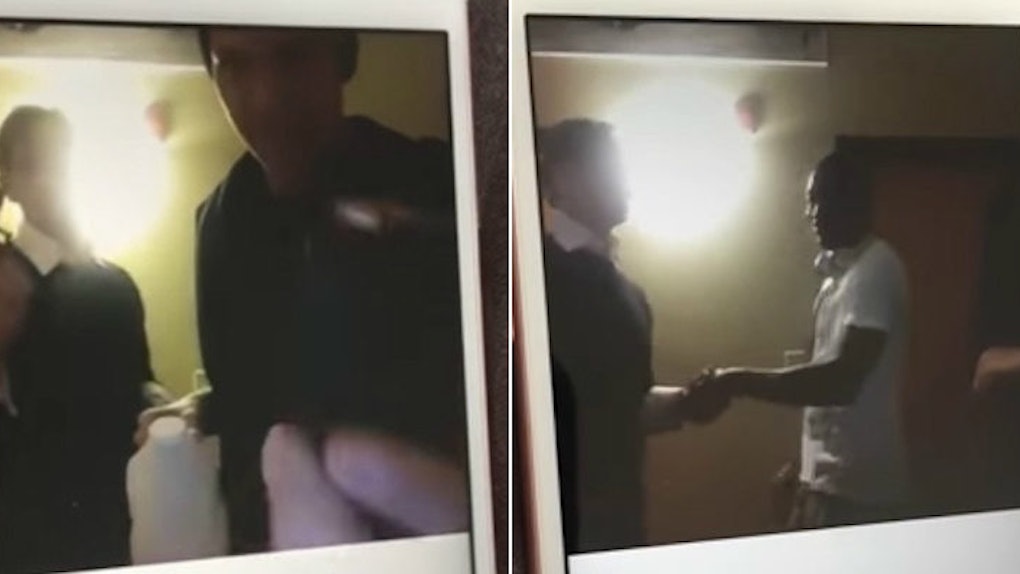 Steven Leannais accidentally live-streamed himself shooting his friend dead during a dinner party where he was messing around with a loaded gun on Thursday, December 8, DailyMail.com reports.

However, before Leannais inadvertently murdered his guest, he was under the impression the bullets had been removed from the weapon.

The 30-year-old Cleveland man held the bullets up to the phone camera to assure his Facebook Live audience they were being safe, and continued playing with the gun.

Before his victim, 27-year-old Anthony Stanford II, arrived at the doomed dinner party, Leannais was filming him and his friends playing carelessly with the weapon.

In footage from the live clip that allegedly led to Stanford's death, the group can be seen posing with the gun and making fun of the possibility that the gun could be loaded.

One voice in the video can be heard saying,

The last thing they say is, 'I didn't know it was loaded.'

A friend, seemingly getting uneasy, replies, "Yeah, dude. Maybe you should check."

Then, Stanford walks into the home and into the Facebook Live frame.

It's been reported shortly after the footage ends in the provided clip, Leannais points the gun at Stanford and pulls the trigger, which unexpectedly fires a bullet into his upper abdomen.

The shooting allegedly took place at 9:50 pm, and Leannais reportedly called 911 immediately after his friend was hit.

According to DailyMail.com, police said Stanford died shortly after being taken to the hospital.

On Monday, Leannais appeared in Cleveland Municipal Court and faces a $10,000 bond.

Apparently, prosecutors are not considering the murder to be an "accident," and claim the 30-year-old holds responsibility for shooting his friend.

According to his attorney, Leif Christman, Leannais "needs to get counseling." He's extremely remorseful and regrets the decision he made.

If there was any to trade places, he'd gladly do it.

Leannais is currently being examined for the his blood alcohol content at the time he shot his friend last Thursday night.