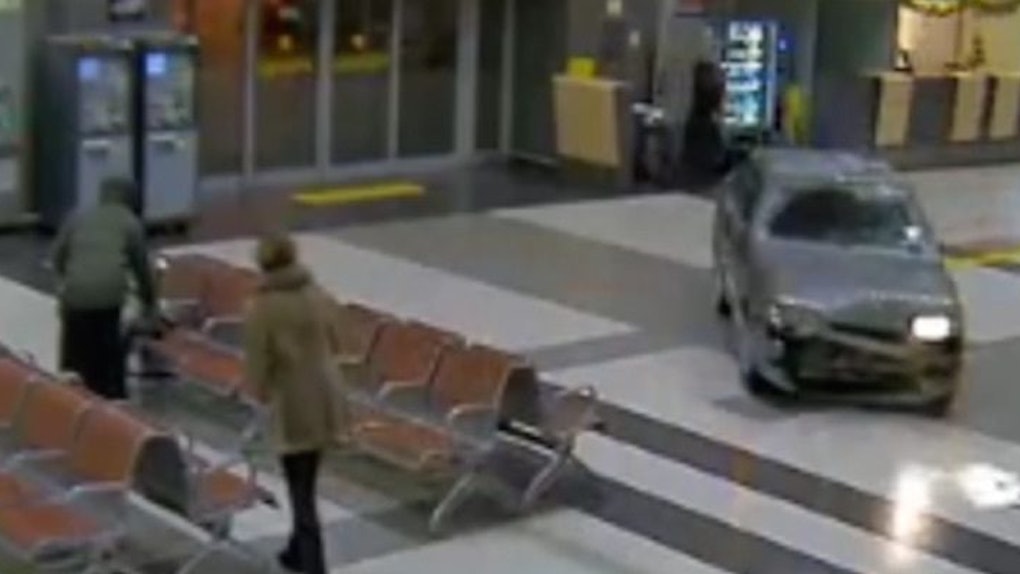 Waiting for your flight at the airport can be boring AF.

Except, of course, if you happen to be catching a flight out of Russia.

A drunk man recently caused quite a stir at an airport in Kazan just after midnight on Wednesday, December 21.

Now, before you jump to conclusions and assume this man simply drank too much vodka and engaged in some disorderly conduct, it's important to remember that were talking about Russia: a land where absolutely absurd things happen on the reg.

Therefore, it shouldn't come as too much of a surprise that this drunk dude was actually driving a car through the airport.

That's right. Video surveillance cameras captured a drunk driver plowing through Kazan International Airport while trying to escape from the police on Wednesday.

Apparently, the man's intoxicated driving caught the attention of police after he drove through a barrier leading to the airport's parking lot, 9 News reports.

Police then proceeded to follow the drunk driver and corner his car near a locked glass door that led into one of the terminals.

Just when it looks like this guy's joy ride has come to an end, the determined drunk driver decides to make a break for it by driving straight through the glass doors.

The drunk driver continues to casually cruises through the terminal like it's NBD that he's driving through an airport as a string of security guards follow him on foot.

If you ask me, a lot of bystanders probably thought they were drunk, too, because most people in the video look like they couldn't believe their eyes.

But hey, you can't really blame these people. It's not every day you watch a police chase go down as you're walking to the gate for your flight.

Some people actually tried to help the police by throwing things in front of the drunk driver's car. However, it was pretty clear nothing was going to stop this man — not even a second set of glass doors.

Once on a road outside of the airport, the drunk man tries to make his getaway, but eventually crashes into something and is forced to finally admit defeat.

The Moscow Times reports that no one was injured during the chase, except for the airport, of course, which sustained about $136,000 worth of damage.

Police haven't confirmed the identity of the bold drunk man who drove through the airport.