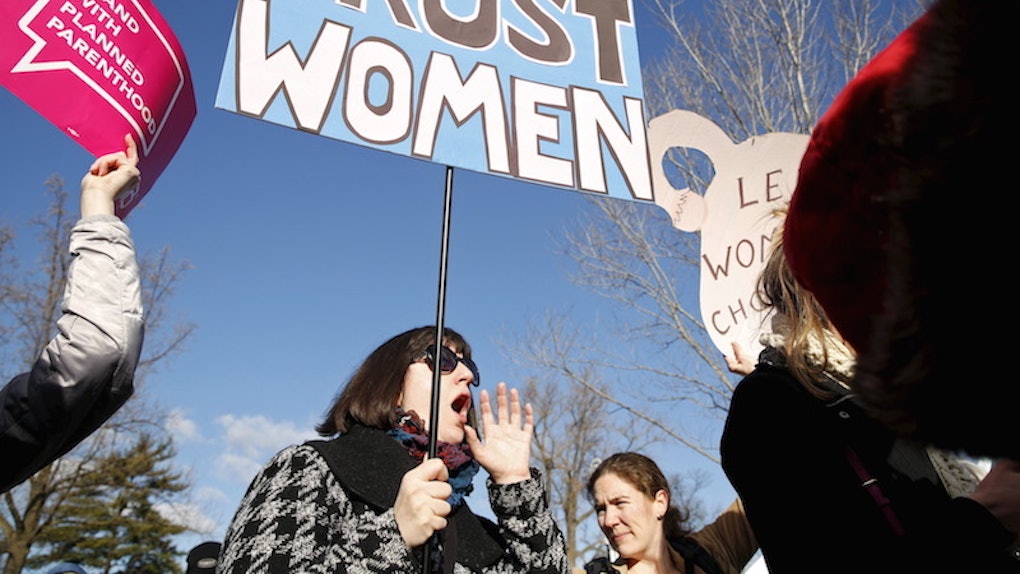 This Saturday, a United States district judge ruled that a doctor is allowed to refuse treating transgender patients and women who have had abortions if it goes against their religious beliefs.

According to MIC, Judge Reed O'Connor claims that the current laws in place — laws that protect people from gender discrimination — don't protect doctors from exercising their religion. So he decided to try and change that.

This basically gives doctors the right to turn away transgender folks and women who have had abortions on the basis of religious freedom.

In his verdict, he stated that the laws that prohibit doctors from turning away patients need "to remove the categorical exclusion of transitions and abortions (a condition they assert is a reflection of their religious beliefs and an exercise of their religion) and conduct an individualized assessment of every request for those procedures."

Call me naive, but I've always been under the impression that it's a doctor's job to treat their patients whenever they need it.

No matter our gender identity, political beliefs, religious beliefs or the reproductive choices we've made, we all deserve proper health care, right?

Doctors are here for us no matter what, right? Well, according to O'Connor, no.

According to O'Connor, forcing doctors to treat trans people and women who exercised their completely legal reproductive rights will "impose a burden" on the doctor who feels sex changes and abortions are "morally" wrong and go against their religious beliefs.

Oh, but it's totally OK in their religion to treat a person who might be violent or predatory, so long as they aren't transgender or have made the choice to their terminate a pregnancy? Is anyone else infuriated?

To really drive the bigotry home, O'Connor used the controversial "Burwell v. Hobby Lobby" ruling as an example as to why his discriminatory ruling is OK.

"Burwell v. Hobby Lobby"  was a 2014 ruling that allowed "family-owned" corporations the right to deny coverage for their employee's birth control if birth control happened to be against the company's "religious beliefs."

This ruling is extremely dangerous and frightening for women, as it allows religion to interfere with reproductive health care.

O'Connor's ruling not only makes access to healthcare professionals harder for transgender people, but it also justifies hatred and discrimination against the trans community. Laws like this affirm people's transphobia and hatred. Laws like this also punish women for exercising their fundamental right to choose.

The scariest part? Each ruling like this is just opening the door for more rulings that will allow religion to interfere not only with access to health care, but also continue to fuel the gross, horrific, sad fire of discrimination in America.