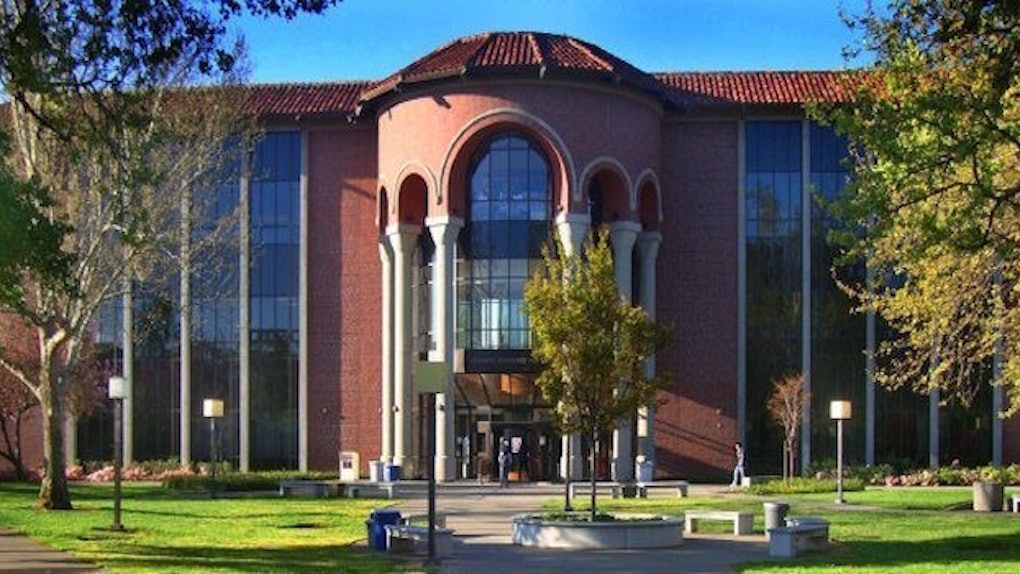 I live just over a mile away from the site of a little-talked-about school shooting.

There are a few reasons “Sacramento Community College” didn’t trend for long.

The shooter “only” killed one person, Roman P. Gonzalez, and injured two others.

It's not quite on the horrific scale we’re used to.

And, the killer was Tongan, from a tiny Pacific-Asian island nation and not placeable in the Black/Blue/All Lives Matter debate.

But the least interesting part of the shooting was that this wasn’t a madman on a spree.

One man shot another man over a disagreement, and nicked the victim’s friend and an unlucky passerby.

The evening of, I scanned the main pages of Reuters, CNN and Fox News and found nothing.

I went to MSNBC and I found the attack as number 10 on their second-by-second updating wheel of stories.

I don’t disagree with the decision of these outlets to give it brief rotation. It’s not particularly fascinating, as far as shootings go.

The story petered out even more when we learned the injured victim, Rico Ridgeway, was arrested for using a knife, and more still when news broke that Gonzalez had a record.

The man tried turning his life around by going to college and applying to jobs, but when a convict gets shot, it’s not a big enough tragedy to enough people for it to be news, no matter his reformation.

However, the shooting briefly had legs because City College is on the cusp of one of Sacramento’s nicer neighborhoods and my home for 18 years, Land Park.

Land Park is a hefty verdant swath of the city, dotted with 100-year-old sycamores, a few duck ponds, a zoo and two children’s amusement parks, Funderland and Fairytale Town.

It’s the site of the long-running annual football game, Holy Bowl, between the two private Catholic high schools in the area.

I’ve parked my car in the lot where that guy got shot.

I learned about the shooting from Twitter while riding home on the Light Rail, the creaky, sun-cracked transit system with threadbare seats that are too small for two people to sit on, and too big for one person.

Plus, they face each other like a restaurant booth because the wildly optimistic designer of the cars decided it would facilitate conversation.

Dude must have never ridden public transportation in his life.

But anyway, the shooting had delayed the trains, the car was a bit fuller than usual and Sacramento’s nationally renowned diversity was on full display.

There was a gaunt middle-aged Hispanic father with his son, a pregnant, pretty young black woman, a paunchy white dude in his State Capitol dress shirt and a tiny older Asian woman equipped with a million plastic bags.

The spread was worthy of a stump speech backdrop, and all of us stuffed together on this idiotically designed train were eager for the moment we could leave.

No one seemed scared, more so miffed over the inconvenience Gonzalez’s death had caused us.

In the following days, the bereaved filled the parking lot with candles, photographs, flowers, etc.

And it is a tragedy, but it’s more worrying to me that a man can shoot another man over an argument and nobody cares except those who were directly connected.

And that’s nothing new, but the reality of the indifference to gun violence really sunk in when someone got shot along my jogging route and I didn’t feel anything.

A gun kills someone and I don’t know how to react.

I’ve never seen the up-close, real-life horror of a shooting, and in the abstract, it’s lost all zest.

I’m also worried because I don’t know why I don’t care.

Maybe I need to see more bloody pictures so I know how awful it is. Maybe I need to hear more stories from mothers who have lost their children to bullets.

Or maybe I need someone I know to get shot.

I don’t know what it is, but anti-gun citizens need to care more.

A noisy, well-financed coalition has made black metal rods that kill people easy to access, and so life has become cheap while the guns are getting expensive.

Last year, there were more gun deaths from mass shootings than days.

And for all the fear-mongering about Islamic terrorists, you were more likely to be killed by a toddler than a jihadist.

Guns don’t make us safe. They make it easier to kill others and ourselves.

And despite our decades of idolization of large-jawed gunslingers cutting down baddies, most of us don’t deserve the power to end a life.

More often than not, we misuse it.

But despite all this, I will admit, last summer, I held a gun for the first time, and it was awesome.

The weight of the hardened, smooth metal in my hands pumped primal juices within my veins.

I took photos of my friend, sneering as he brandished dual shotguns pointed defiantly at the sky.

I admired the strange sight of myself armed. I felt invincible.

But I’m not invincible.

I’m a delicate, fleshy sack of carbon, calcium and water that can’t handle any sudden injections of lead.

And so, reluctant as I was to recognize my own mortality and ineptness with a firearm, I handed the gun back to its owner, and sighed in relief when he told me it wasn’t loaded.

Still, there are too many folks that like guns too much to give them up, even though it is now routine for people to die in public.

The rest of us have a subconscious attraction to these destructive instruments. And every American has been numbed to the ever-rising numbers of death that have been a bi-product of our national love affair with firearms.

In a battle between those who will die for their guns and those who sorta wish we could add some regulations, the louder voices will win.

They’ll declare that their gun will only leave their hands when we take it from their cold dead fingers, and the odds aren’t bad they’ll get their wish.

All the unarmed can do is be inconvenienced, lock our doors and hope we don’t recognize anyone on the next list of names.

We pray that the only thing that would inspire us enough to push for change never happens.