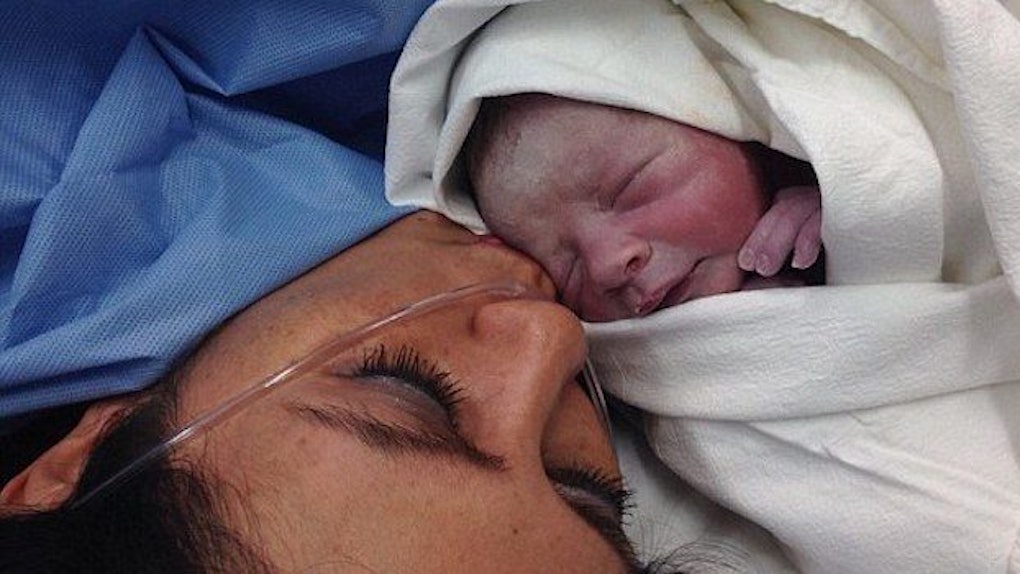 A couple reunited with their son after he was switched with another infant at birth and raised by a different family for several months.

According to Daily Mail, Richard Cushworth and Mercedes "Mercy" Casanellas, who met in Dallas, Texas, were due to have their child on June 20, 2015.

Mercy was reportedly working at a church as a Christian missionary in El Salvador at the time, and while her husband was out of the country, gynecologist Dr. Alejandro Guidos told her her baby would be born five weeks premature via C-section.

On May 21, baby Jacob was reportedly born at San Salvador's Centro Ginecologico.

In the morning, around 8 am, they brought in everyone's baby, but they never brought mine. I told them, 'Where is my baby? Where is my son?'... They brought him at lunch time, and I asked them, 'Why is this baby different?' He has darker skin, his facial features were different, his nose, his eyebrows.

The new mother was told her son's skin would eventually change, but her family became increasingly suspicious throughout the next two months.

She chose to have a DNA test over concerns the mystery of her child's identity would eventually consume her and interfere in her quest for a Master's degree.

The couple soon found out they had been raising (and Mercedes had been breastfeeding) someone else's child.

They reportedly appeared on a local TV station at the time and said,

We haven't been able to sleep thinking about where he is, and who has him. We just want them to give us our son back.

The couple accused Dr. Guidos of stealing their child as part of a human trafficking operation, allegedly leading to his arrest last Thursday.

But an investigation saw four other boys born at the same hospital on May 21 undergo DNA tests. One of the children was revealed to belong to Richard, who is from Britain, and El Salvador-native Mercedes.

Prosecutor General Luis Martinez announced the two children had been switched at birth for unknown reasons and would be reunited with their parents at a court hearing.

All the circumstantial evidence pointed to a criminal act, but the official story we are being told appears to show it was a mistake, a mix-up.

Dr. Guidos was apparently released last night, but may still be under investigation.

David Cushworth added the couple feels deeply sorry for the other family as it seems like they had no clue they were raising the wrong child.

Citations: Couple who claimed their newborn was swapped with changeling baby in human trafficking racket at El Salvador hospital are REUNITED with their lost son after other mothers take DNA test (Daily Mail)