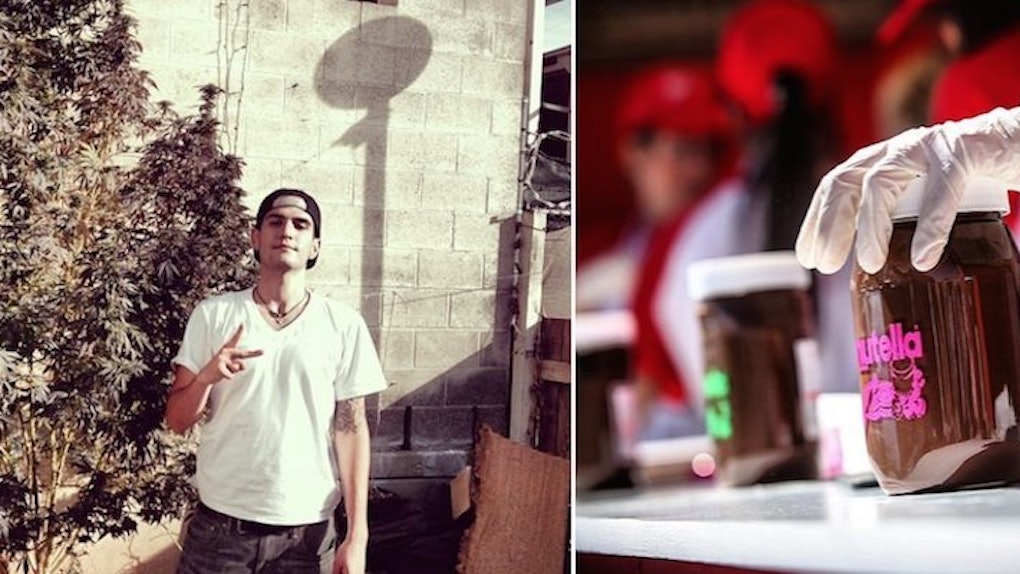 Nutella devotion is serious, but not punch-an-old-man-in-the-face serious. Get it together, Derrick.

Derrick Gharabighi, whose name sounds like that of a total face-puncher, fulfilled the prophecy fated by his moniker and allegedly slammed his 24-year-old fist into the fragile, 78-year-old face of a fellow shopper at a Burbank, California Costco on Sunday.

Huffington Post reports Gharabighi gathered every Nutella waffle sample from the table just as the old man was attempting to take one for himself.

When the elderly man told Gharabighi not to take all of the samples, the young man responded with a swift pop in the eye socket.

The senior was treated at a local hospital for facial swelling and a cut above his left eye.

It's a shame that it had to come to this over a Nutella sample.

Gharabighi, whose Instagram bio refers to himself as a "future nurse with [an] attitude,” has a record of multiple arrests for drugs, theft and abuse.

On Tuesday, the district attorney's office confirmed Gharabighi was charged with "one count of elder abuse with the special allegation that he personally inflicted great bodily injury on someone who is more than 70 years old."

When he isn't punching elderly Nutella fans, Gharabighi enjoys taking selfies with his lil tongue out.