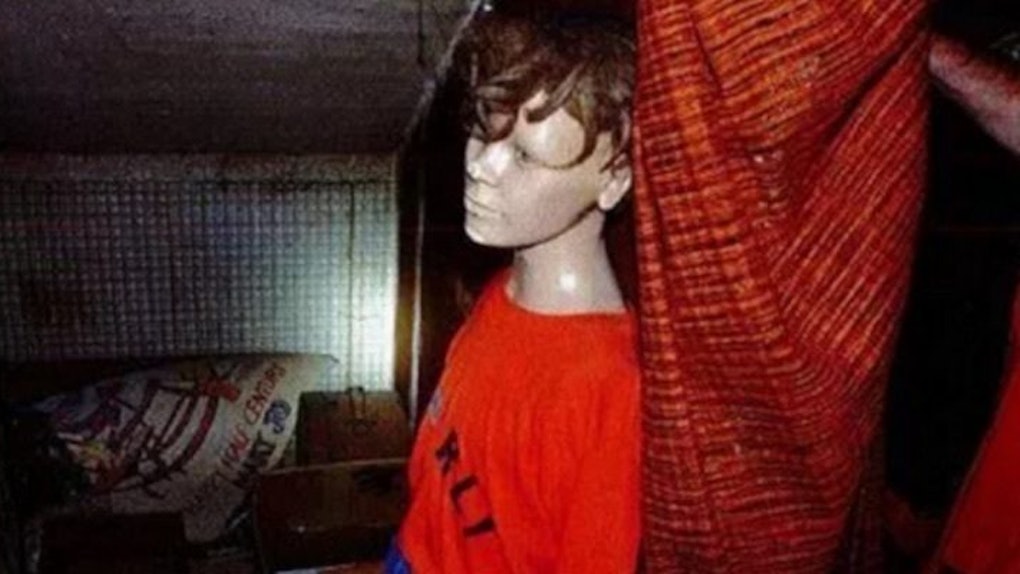 His neighbors always thought of him as "really friendly," until unsettling allegations were made claiming he murdered a young boy in 1970 and buried his body in the basement.

Apparently, Georgetown police raided his home in 2012. But after he died this year, they got a closer look at what the man was hiding inside the house.

The body of the young boy that Haskell is accused of murdering was not found. However, police made other chilling discoveries inside the residence.

They allegedly found a dozen Barbie-like dolls with their breasts cut off and mannequins that were mutilated.

One of them had all of the fingers chopped off, and two had their wrists wrapped in duct tape. Another found inside was wearing a Beverly soccer uniform.

On top of the butchered dolls, police also found a large box of child identity cards and multiple kids movies. Mind you, he did not have kids or grandkids.

More terrifying discoveries made in the Haskell home by the police included animal bones, one child's mitten and a tooth.

It's been reported the initial allegations that caused the search were made by a victim who told police he was sexually assaulted by Haskell 40 years ago and that he saw him murder the child.

According to CBS News, the search warrant application that announced Haskell's alleged act of murder states he took the witness into the woods, where the man reportedly had the young boy tied to a tree.

Then, the suspected child killer allegedly said, "This is what happens to bad little boys," and smashed the boys head with a rock.

After his allegations became public, Haskell's neighbors were deeply disturbed.

According to CBS News, college student Ally Newbury told WBZ NewsRadio that he seemed friendly and "really nice." After finding out about his recent allegations, she said,

It just, like, blew my mind, I really hope it's not true. We used to play in his backyard. They're thinking that, if he did do that, it might be on his property somewhere, and that's crazy, to think that we were back there.

I have the chills.

Whether or not the allegations against Haskell are true, the evidence inside his home is enough to give me nightmares.