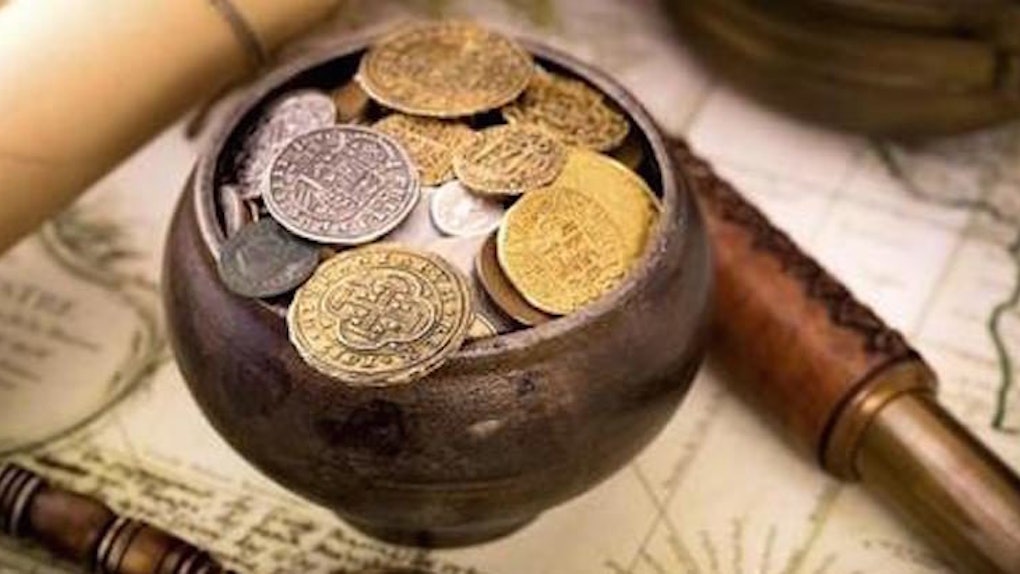 Colombian Officials Found A Sunken Ship With $17 Billion In Treasure

“Pirates of the Caribbean” may be fictional, but this crazy pirate story is all real.

On Friday, Colombian officials unearthed the legendary San Jose, a Spanish ship that sunk off the coast of Cartagena more than 300 years ago.

Even cooler? The bygone boat from 1708 had loads of treasure on it. We're talking silver and gold to the tune of $17 billion.

That's a lot of change.

As the story goes, the San Jose departed from South America in 1708 with a boatload (literally) of jewels and precious metals, to be bestowed upon the Spanish king. The profits from the finds were supposed to be used to fund The War of the Spanish Succession.

But then it sunk. Money always has a way of disappearing, doesn't it?

Luckily, this time, it was found.

The so-called “holy grail of shipwrecks” was first located in 1981 by American company Sea Search Armada, which was working in conjunction with the Colombian government. At the time, the two had an agreement that, if found, the treasure would be shared — but in 2011, a US court sadly ruled the booty belonged to Colombia, and to Colombia only.

Now, present-day Colombians will get to enjoy the riches of their ancestors, assuming it's still there. Or more likely, the government will use it to do… whatever it is a government does with $17 billion.