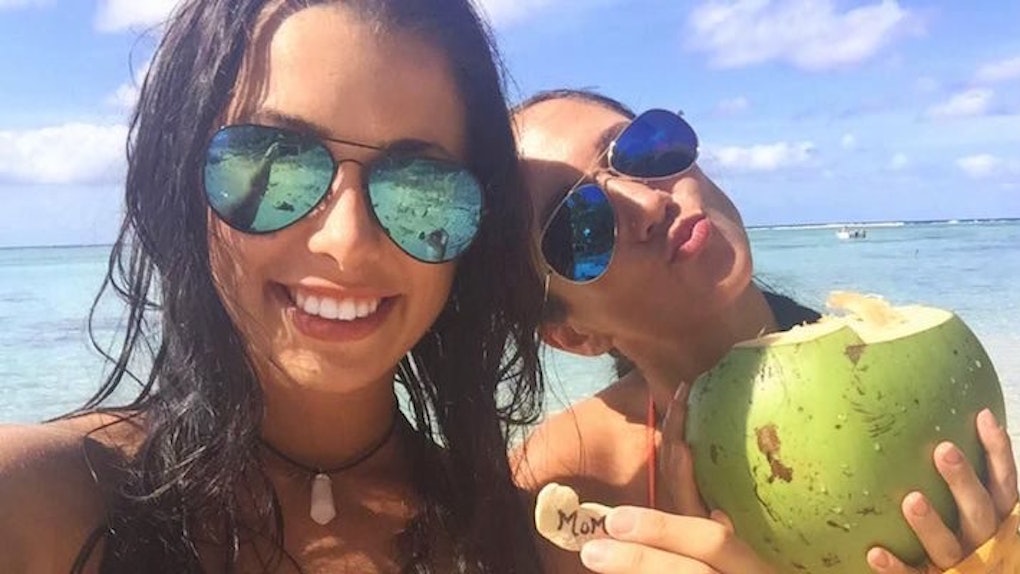 It's super illegal, bad for people and will get you extremely arrested. You know what else is a bad idea? Taking a million selfies while you do it.

That's allegedly what André Tamine, 63, Isabelle Lagacé, 28, and Melina Roberge, 22 -- all French Canadians from Quebec -- did on a recent cruise to Australia.

And by "smuggling cocaine," I don't mean this man and two ladies just like cocaine and they decided to bring a bit of it back to Canada with them so they could stay up late discussing Miles Davis or Politics or whatever.

I mean they allegedly tried smuggled nearly 200 pounds of cocaine to, you know, sell to all the Australians.

The Australian Federal Police seized the enormous amount of contraband on a cruise ship the three were on. It is estimated to have been worth around $23 million dollars.

The cruise they were on was set to take two months and made stops in a slew of countries, making it difficult for authorities to ascertain where and when the drugs were brought onto the ship.

“We believe this is case of an organized crime syndicate, attempting to supply large quantities of cocaine to the Australian community,” Australian police said in a statement to the press.

Now, you'd think if you were busy doing something so illegal it could land you a life sentence in prison (which is what these alleged culprits could now face), you'd be at least extremely nervous.

But considering the photographs the two women involved took and posted to Instagram, it seems they were extremely confident.

Their pictures look like those of any two women having fun on a cruise.

I guess she just really wanted to buy more Nikes and henna tattoos.

I guess you have to be pretty weird to agree to smuggle all the drugs in the world in the first place, so it's probably not too unlikely you'd make other weird choices, like documenting your whole illegal trip for Instagram likes.