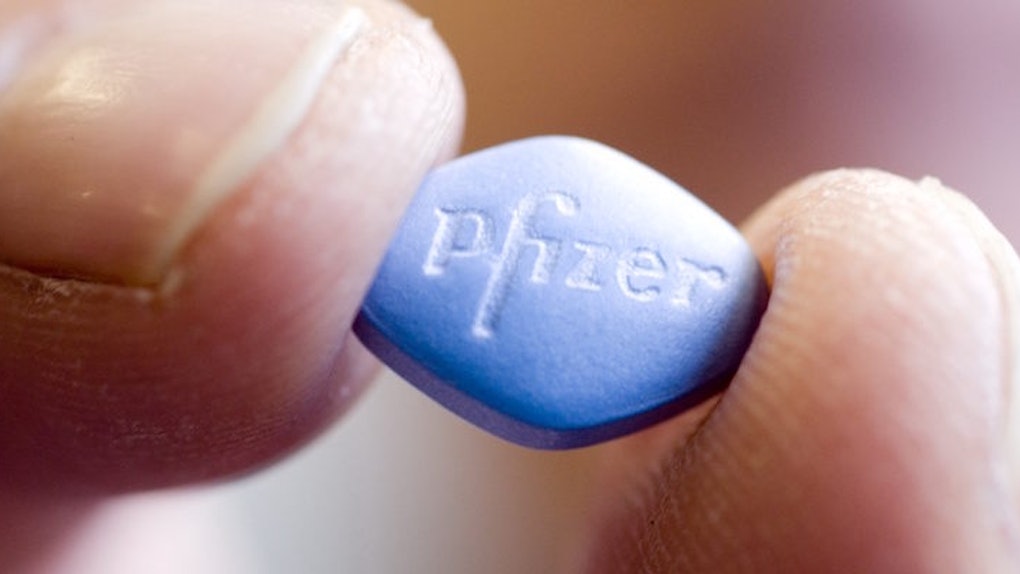 Housecleaner Fights Off 89-Year-Old After He Takes Viagra

A cleaner has been cleared of attempted murder after hitting her 89-year-old client over the head with a hammer because he had popped a Viagra and was pestering her for sex.

Gillian Lavery, 43, acted in defense against Tom Winter at his home in Clydebank, West Dunbartonshire, Scotland, on February 16 last year.

A court heard how Winter was expecting to meet a young woman that day, but came on to Lavery when she did not show.

According to STV News, the elderly man told Lavery,

I have already taken my Viagra. You are doing it.

Lavery claimed Winter became angry and hit her with his walking stick. She fell to the ground, grabbed a hammer that had fallen from a table and struck him over the head.

She ran out of the house and a neighbor came to Winter's aid. He was taken to hospital.

Throughout the trial, the jury heard how Winter would be visited by women up to three times a week.

The retired sailor was described as "very active sexually."

Lavery had known Winter for a number of years and was cleaning for him for some time.

It was claimed the pair had had sex multiple times before the incident took place.

On the day of the attack, Lavery called Winter to say she was visiting him. Winter said he thought it was for sex.

The elderly man claimed he ordered her to get out when Lavery allegedly said she was expecting a friend to join them. He said,

Being an old sailor, you have that intuition inside you that something is not right so get rid.

It is then Winter claims he was attacked. He said,

I put my hands out to stop any more blows coming but was not that successful.

However, when he was grilled by Lavery's lawyer Sarah Livingstone he admitted he was awaiting a visit from a "mystery woman."

Gillian said she was bringing someone up... if the mystery woman did not turn up, I would have sex with Gillian with her consent.

Asked if he was prepared for sex that day, he replied, "Oh aye."

It took the jury at the High Court in Glasgow 30 minutes to find her not guilty of attempted murder.

Citations: Cleaner fights off 89-year-old man trying to have sex with her (STV News)