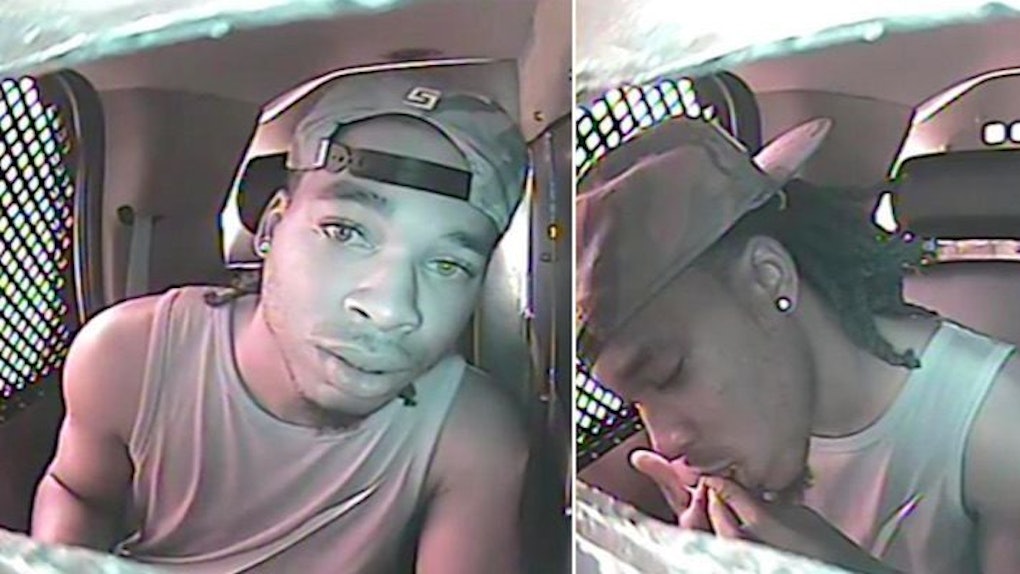 A Florida man reportedly tried to bite off the tips of his fingers to prevent police from identifying him by his fingerprints.

According to Daily Mail, 20-year-old Kenzo Roberts was arrested just outside Fort Myers last Thursday when Lee County Sheriff's detectives saw him driving a 2015 Mercedes that had been reported stolen.

Video taken in the back of a patrol car shows Roberts chewing his fingers and rubbing them against the metal cage separating him from the front seats while looking around to make sure he isn't being watched.

Roberts is noticeably not in handcuffs for reasons unknown.

Deputies were easily able to obtain his fingerprints, however, thanks to a scanner.

The identification apparently revealed two warrants for Roberts' arrest in Broward County, Florida for aggravated assault with a deadly weapon.

Roberts was also allegedly found to be in the country illegally though it's not clear where he's from.

The Lee County Sheriff's Office posted this footage of Roberts gnawing on his fingers to its Facebook page.