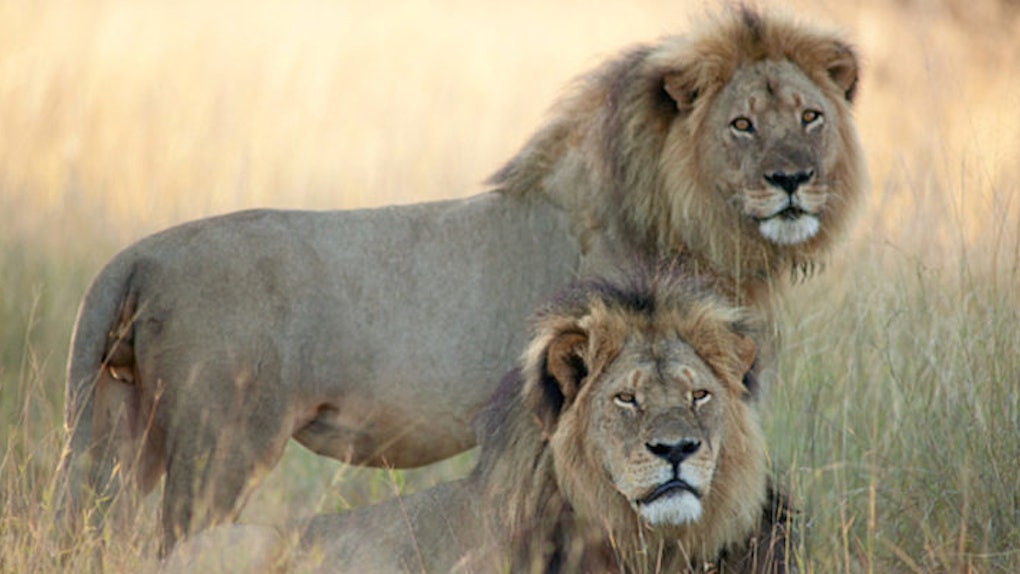 Cecil's Brother Is Now Watching Over All Of The Pride's Cubs

Good news for animal lovers: Cecil the lion's cubs are safe under the watchful eye of the late lion's brother.

Following Cecil's death, many feared for the welfare of his cubs: In the wild, male lions often kill their fallen rival's cubs in an effort to stake a claim and repopulate the pride with their own offspring.

Fortunately, Cecil's babies were spared and are being cared for by the pride's new alpha male.

If convicted, he will likely face jail time.

US authorities are in active pursuit of Palmer, who has not been seen since he was outed as the man responsible for the protected lion's death.

But more than 174,000 people signed an official petition for his extradition, and an official US Fish and Wildlife Service investigation is underway.

Citations: Saved Cecil the lions cubs are being protected by his brother after fears rival Jericho will kill them and take over the pride says Oxford University expert (Daily Mail)