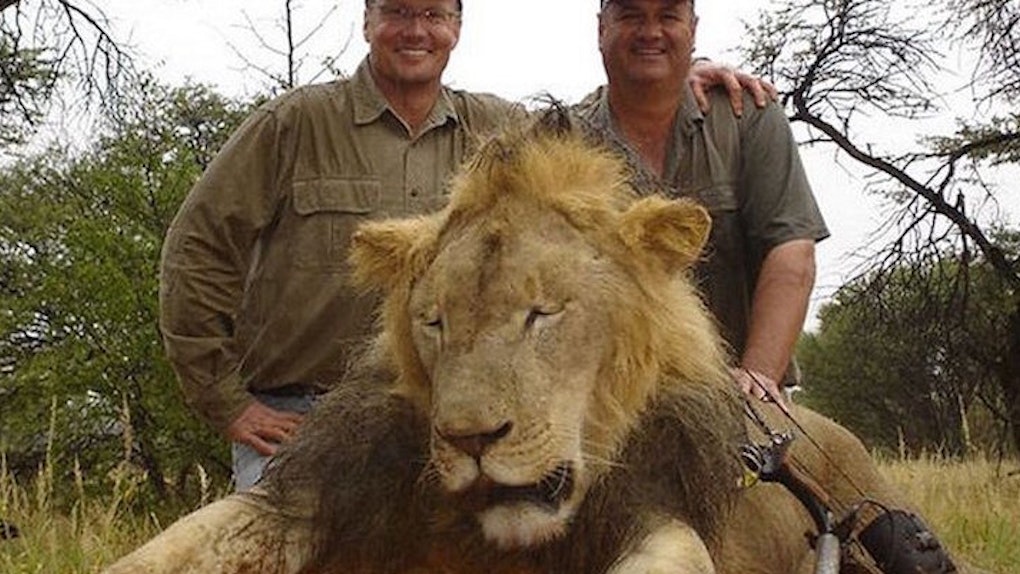 The American dentist who killed Cecil the lion will apparently not face charges in Zimbabwe for hunting the animal down in July.

Minnesota's Walter Palmer faced death threats and mass protests calling for persecution when he was revealed to have paid about $50,000 to shoot Cecil, who wore a GPS collar as part of an Oxford research project. Palmer, along with his fellow hunters, reportedly shot Cecil with a bow and arrow and then tracked the wounded animal for 40 hours before making the kill.

Afterward, Palmer claimed he was not made aware of the Oxford research and was told the hunt was entirely legal.

However, two Zimbabwean men were charged for luring Cecil into an area where hunting is permitted and may go to prison for up to 15 years if convicted.

At the end of July, a Zimbabwean official said the African nation would look to extradite Palmer so he could face trial for charges related to not having the "necessary permit" for the hunt, as well as for his use of a bow and arrow.

We approached the police and then the prosecutor general, and it turned out that Palmer came to Zimbabwe because all the papers were in order.

According to Daily Mail, the backlash after the hunt kept Palmer from returning to work for several weeks and led to his vacation home being vandalized.

He reportedly remained in hiding even after his dental clinic reopened in late August before finally returning to work last month.

Palmer, who is an experienced big-game hunter, was given one year of probation and fined almost $3,000 in 2008 after admittedly making false statements in regard to killing a black bear in Wisconsin, Daily Mail reports.

He previously told Associated Press he would not have hunted Cecil if he knew the lion was such a treasured staple of Hwange National Park.

If I had known this lion had a name and was important to the country or a study obviously I wouldn't have taken it. Nobody in our hunting party knew before or after the name of this lion.

He said he went to Zimbabwe about four times, but he isn't sure if he'll return to the country for another hunt.

Citations: Dentist who killed Cecil the Lion will NOT face charges in Zimbabwe (Daily Mail), Cecil The Lions Killer Will Not Face Charges (Sky News)