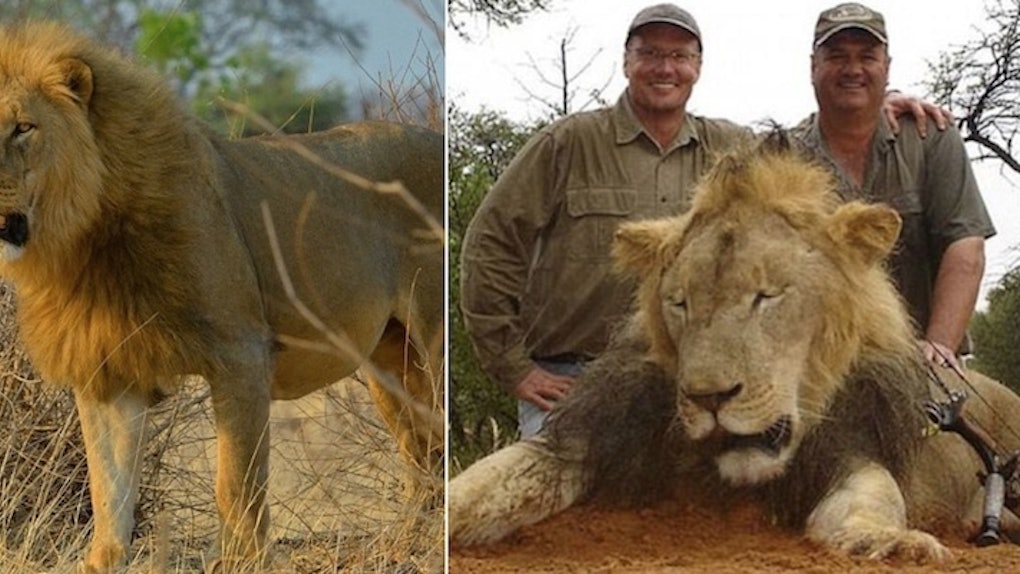 For many adults working in professional environments, their hobbies give them life.

According to Mashable, Palmer left the animal to languish for 40 hours before a professional hunter shot it with a gun.

A tweet by the Zimbabwe Tourism Authority, which stands to lose a considerable amount of business from Cecil's death, claims Dr. Palmer's hunt was illegal.

In a statement, The Zimbabwe Parks & Wildlife Authority followed up on the accusation, saying,

Ongoing investigations to date, suggest that the killing of the lion was illegal since the land owner was not allocated a lion on his hunting quota for 2015.

Dr. Palmer's alleged illegal hunting trip reads as a major mistake made by a man who is no stranger to hunting big game.

The dentist was featured on the hunting blog Trophy Hunt America and profiled by The New York Times for his efforts with a bow and arrow.

Despite his experience, this is not his first infraction. A WEAU article from 2008 claimed Palmer misrepresented the location of a Wisconsin bear hunt that could have cost him a five-year prison stint.

Comedian Ricky Gervais was among the dentist's critics.

According to tweets by CBS Executive Producer for Radio Charlie Kaye, the part-time hunter since responded to the accusations.

Legally speaking, Dr. Palmer's fate is still uncertain, but it seems the Internet already began sentencing the hunter for his crime.

Citations: Cecil the lions killer said to be an American dentist who paid 55000 (Mashable)