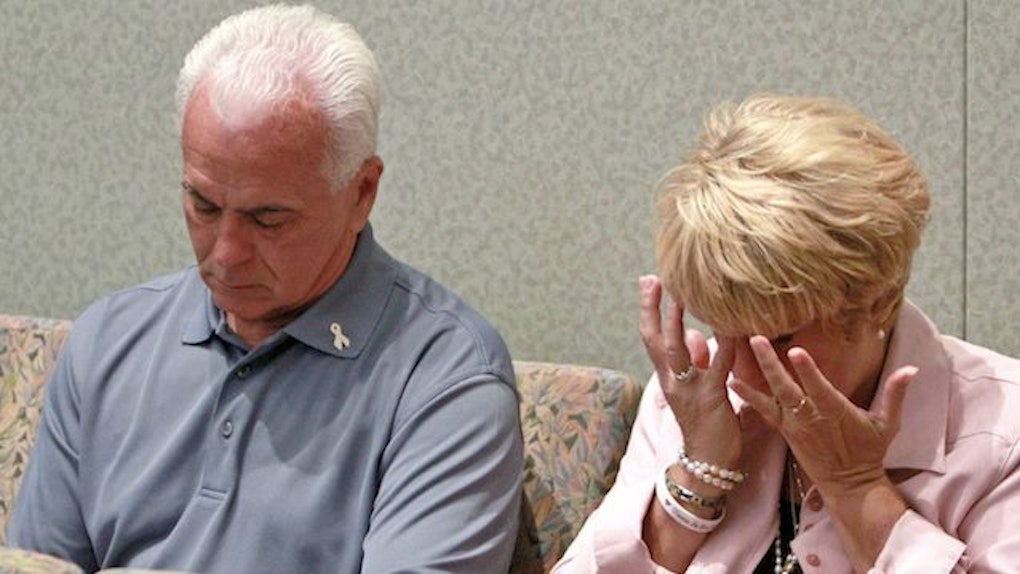 Casey Anthony's father said his "heart hurts even more" after Casey once again linked him to the death of his 2-year-old granddaughter, Caylee.

George and Cindy Anthony responded to Casey breaking her silence about her murder trial in a controversial interview with the Associated Press.

Casey, 30, was dubbed "America's most hated mom" when she was accused of murdering her 2-year-old daughter in 2008.

She was found not guilty after a controversial trial in 2011, during which she made a string of unproven allegations about her father.

In response to her interview with AP, during which she said Caylee would be a "total badass" if she was alive today, Cindy and George Anthony released a statement to People via their attorney.

They said Casey was dragging them back to a tragic time in their lives they had tried to move past.

After years of silence, Casey Anthony has decided to complete an interview and has once again pointed to George Anthony, her father, as a suspect in the disappearance and death of his granddaughter, Caylee. George, who has continued to try and move forward from this tragedy and who was vindicated on multiple occasions, is once again forced to relive the hints, rumors, lies and allegations that are being made by Casey Anthony. He has specifically stated that "his heart hurts even more now."

During the trial, she accused him of molesting her as a child and covering up Caylee's death. George Anthony never faced charges.

Casey has kept a low profile in the six years since her murder trial, but her relationship with her father never healed.

In her new interview, Casey said,

Cops lie to people every day. I'm just one of the unfortunate idiots who admitted they lied. My dad was a cop — you can read into that what you want to.

Casey was charged with first-degree murder after Caylee's remains were found in a wood near their home in Orlando, Florida.

Her mom, Cindy, told police Casey's car smelled like a corpse had been in it, but Casey claimed her daughter had drowned.

She was acquitted of murder, but found guilty of lying to law enforcement, and spent a year in jail.