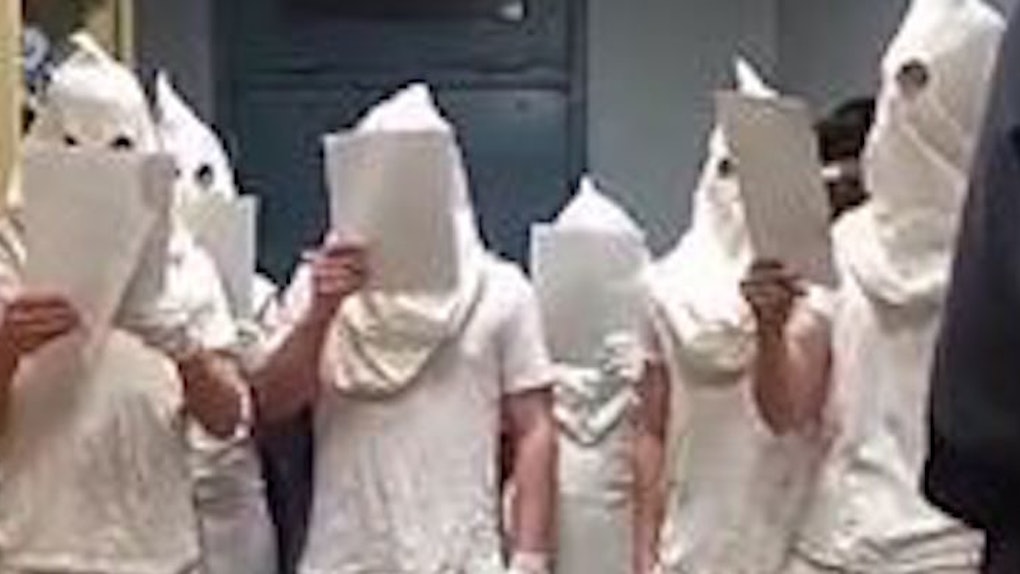 Several cadets at The Citadel, a military college in South Carolina, were reportedly suspended after photos emerged showing them dressed like KKK members.

According to WBTV, a woman who does not attend the South Carolina school saw videos of the cadets wearing white hoods on Snapchat, took screenshots and then posted them on Facebook.

While the cadets may have claimed to be dressed as ghosts singing Christmas carols, the woman who saw the footage still found it offensive.

The Citadel President Lt. Gen. John W. Rosa issued a statement on the video on Thursday. He reportedly said,

A social media posting, which I find offensive and disturbing, was brought to my attention this morning. It shows an upper class cadet in front of seven cadets with pillowcases over their heads. In accordance with college policy, we immediately began suspension proceedings for those cadets known to be involved, and we are continuing to investigate this incident. Preliminary reports are cadets were singing Christmas carols as part of a 'Ghosts of Christmas Past' skit. These images are not consistent with our core values of honor, duty and respect. We will provide more information upon completion of the investigation.

A source close to the investigation told The Post and Courier 13 cadets were suspended.