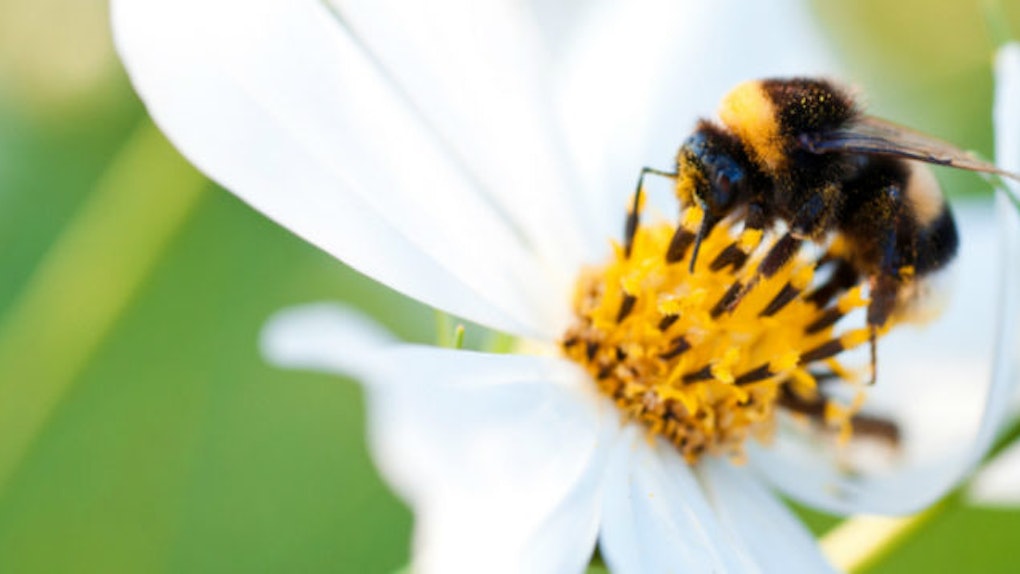 I love bumblebees -- they inspire me.

First, their bodies are too fat to even realistically fly, but somehow they defy those odds.

Second, if you make them angry enough, they will sting you even if it means they'll die in the process.

And that kind of dedication toward causing one person temporary pain speaks to me.

But now, my fuzzy little pollinators, the rusty patched bumblebees have made it to the endangered species list.

Bumblebees were added to the list on Tuesday by the US Fish and Wildlife Service (FWS), as populations of bumblebees have been rapidly declining for the past 20 years.

The rusty patched bumblebee is the first bumblebee to be placed on the list. You can blame destroyed habitats, disease, climate change and pesticides.

Listing the bee as endangered will help us mobilize partners and focus resources on finding ways right now to stop the decline.

The FWS believes insects' pollination (which is done mostly by bees) can be valued at around $3 billion in the US. We have to protect these bros.

Known for the rust-colored fuzz on their backs, the bee was once found all over the East Coast and Midwest.

The American Farm Bureau Federation, a nonprofit, feels this listing could lead to expensive regulation for land and chemical use.

So, what can you do to help?

For starters, plant flowers and food that bees like, like impatiens, basil, cilantro, raspberries, dogwood and lavender.

Xerces Society for Invertebrate Conservation suggests cutting back on insecticide. They wrote,

Whether you grow food or just eat it, value vibrant wildlands or just relax in your garden, recovery of this species is in everyone's best interest — and we Xerces will roll up our sleeves to join you for the work ahead.

Citations: For the first time ever, a bumblebee is on the U.S. endangered species list (Mashable)