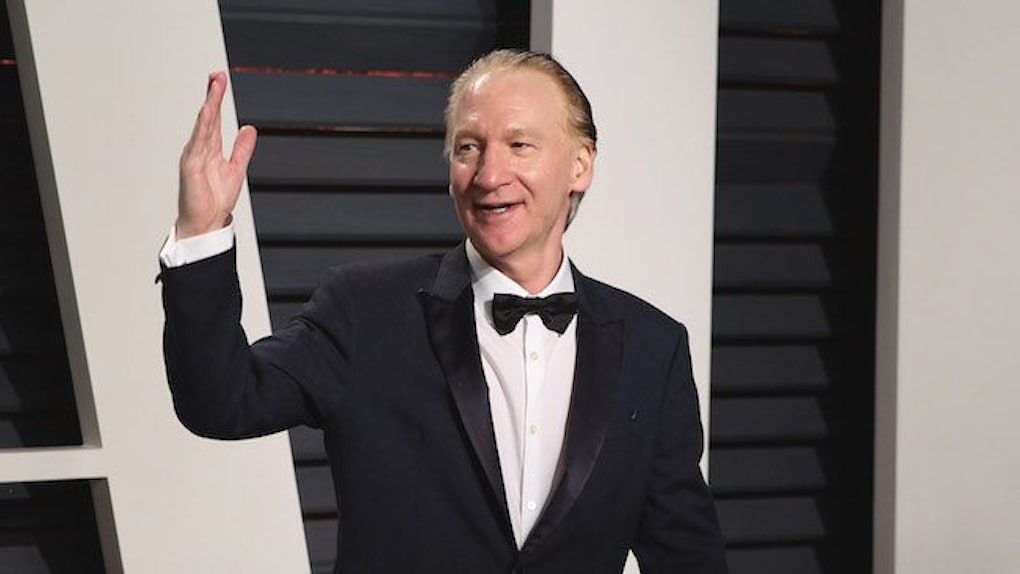 Bill Maher is under severe scrutiny over the remarks he made during an interview with Nebraska Sen. Ben Sasse on Friday's episode of Real Time on HBO.

The two had been discussing adults' dress-up habits on Halloween, which is a topic that coincides with Sasse's book, titled The Vanishing American Adult.

During the exchange, Maher asked Sasse if adults in Nebraska dress up for the holiday as much as those in California.

Sasse had said, "It's frowned upon. We don't do that quite as much."

Maher suggested he'd visit because of those circumstances, to which Sasse said, "You're welcome. We'd love to have you work in the fields with us."

Maher replied with, "Work in the fields?" in an astonished tone.

That's right before he dropped the n-word. Have a look at the clip below.

This included one of Elite Daily's own — political writer John Haltiwanger.

Many believed Maher was completely out of line.

Some claimed he has always been racist.

Others said Maher was "too comfortable" using the expletive.

One user is not interested in hearing any excuses.

Others decided to throw a dig at Maher.

Then, there were those Twitter users who claimed Maher should be fired.

While walking off a redeye, Sen. Sasse addressed main points from his appearance on the show.

Sasse has been faulted for not having a reaction to the remark.

He started off his reflections with "I'm a 1st Amendment absolutist" and appears to cut slack to comedians who "get latitude to cross hard lines."

This isn't the first time Maher has been accused of inappropriate behavior.  According to Bustle, he had referred to Gov. Sarah Palin in a derogatory manner, attacked feminism, and has made outrageous remarks about Muslims.

At the time of publication, Maher has yet to comment.

Citations: Why Do People Want Bill Maher Fired? His Use Of A Racial Slur Crossed The Line (Bustle)