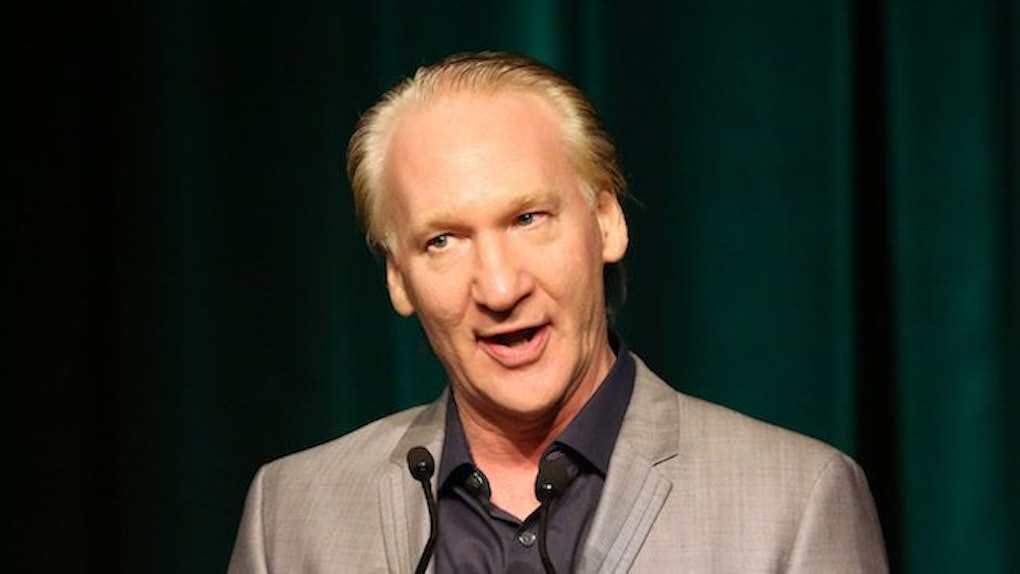 Bill Maher didn't hold back on the Friday night episode of his HBO show, Real Talk, and as a result, he received major criticism for the racial slur he chose to use.

According to The Hollywood Reporter, HBO released a statement calling Maher's joke "completely inexcusable" and "tasteless," adding that the network is "removing his deeply offensive comment from any subsequent airings of the show.”

Maher also responded to the controversy and claims to regret his actions.

According to the statement, Maher said,

Friday nights are always my worst night of sleep because I'm up reflecting on the things I should or shouldn't have said on my live show. Last night was a particularly long night as I regret the word I used in the banter of a live moment. The word was offensive and I regret saying it and am very sorry.

Though he issued an apology, comments continue to flood in on Twitter.

Some will forgive, but not forget.

Others believe he should be fired over this situation.

But there are also people who believe he shouldn't be taken off the air...

...and accepted his apology.

One Twitter user brought up a really interesting point.

Is this just common language for Maher?

The troubling comment came when he was speaking with Nebraska Sen. Ben Sasse and discussing the politician's book, The Vanishing American Adult.

As the two were talking about adults dressing up for Halloween — relevant in regards to Sasse's release — Maher seemed to have liked the fact that Nebraska adults don't dress up for the holiday the way adults do in California.

“You're welcome. We'd love to have you work in the fields with us," Sasse replied to Maher's views.

That's when Maher questioned “Work in the fields?” in an astonished tone and dropped the n-word.

It's been a hard week on comedians, which Kathy Griffin certainly must understand after the backlash over her controversial Donald Trump prank.

Will these two examples be a lesson in the coming weeks?