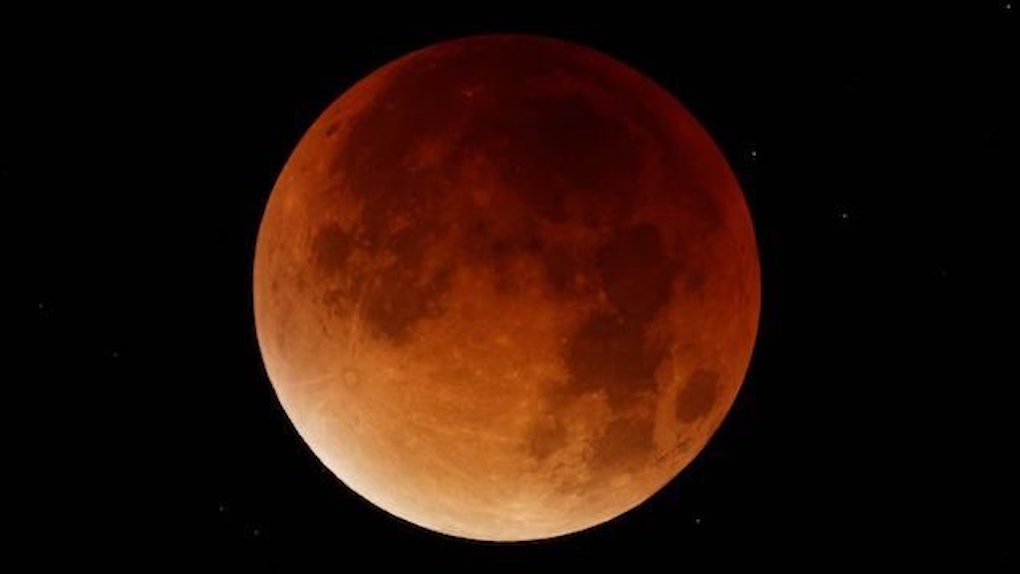 Snow Moon Lunar Eclipse And Comet To Be Visible Tonight

Tonight is going to be a great one for stargazers because we're being treated to a penumbral lunar eclipse, a “Snow Moon” and a comet.

In basic terms for those of us who aren't astronomy experts: The sky's going to look all mystical and pretty, and you don't want to miss it.

The best time to look upward is 7:43 pm Eastern Time. That's 4:43 pm PT, and it's when the moon will be at its darkest and the sky at its most beautiful.

If you don't want to head out in the freezing cold — I'm looking at you, East Coast — make sure you tune into the live stream below, which will show views of the moon.

Tonight will be the only penumbral lunar eclipse we'll see this year. They happen when the moon passes through the outside of the Earth's shadow, turning part of the moon a moody shade of red.

The top part of the moon will show the brightest color, as it will only miss the Earth's full shadow by about 100 miles.

The eclipse will take place over four and a half hours — and will look even cooler because it coincides with the “Snow Moon.”

That is the name given to February's full moon. It was originally named by the Native Americans, who used nicknames to keep track of seasons, and who associated February with snow.

Unless heavy clouds spoil the party, the whole gorgeous display should be visible across North America, as well as Europe, Africa and most of Asia.

And, even better, a comet will also fly through the sky a little later on.

Sadly, Comet 45P/Honda-Mrkos-Pajdušáková — named after the astronomers who discovered it — is only visible if you use a telescope or binoculars.

It should be visible at roughly 3 am ET (midnight PT) in the early hours of Saturday.