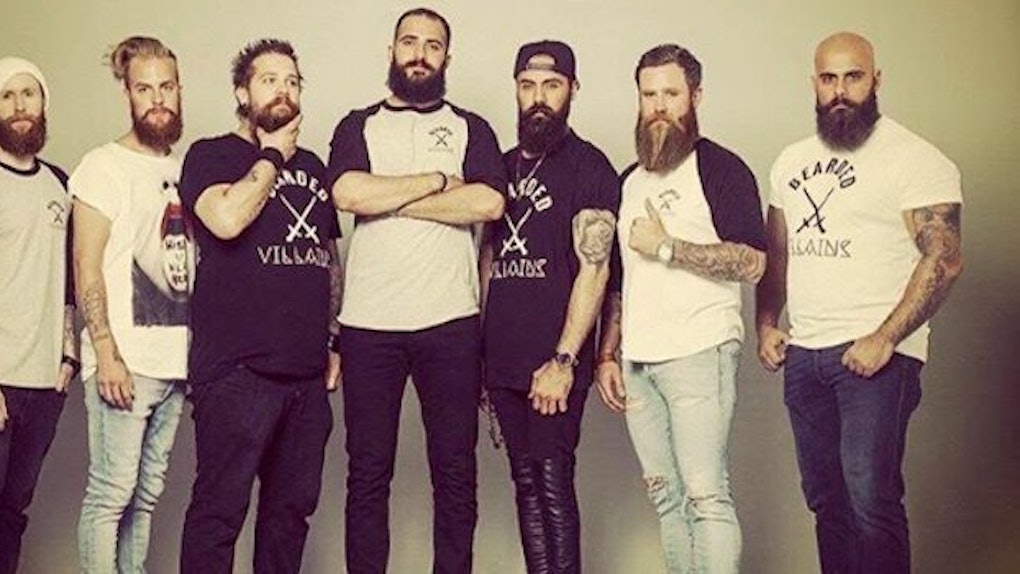 Police were called when bearded men flying a black flag were mistaken for Islamic extremists.

On October 10, a photo shoot was held for the Swedish chapter of the Bearded Villains, a pro-beard movement started in 2014 and since spreading to over 80 countries.

It was the chapter in Sweden's turn to monitor the movement's flag, so the 30 or so Swedes took their pictures with the crossed-swords emblem at the ruins of Brahehus castle.

But according to the Independent, someone called the police after assuming the group's beards, dark clothing and flag could only belong to members of the Islamic State.

Prepared to engage terrorists, officers were relieved to find men dressed in formal attire rather than what was thought to be militant uniforms.

After about an hour the police showed up. They told us they got a call from someone driving past on the highway, saying that there were ISIS terrorists at the ruins... We had a laugh with the police and they left.

One of the men admitted the Bearded Villains' flag bears at least a partial resemblance to the Islamic State's insignia.

The movement's website names its purpose as "showcasing bearded men with character."

The group also sells shirts declaring their beards are not "trend[s]."

The men are involved in a great deal of charity work.

...which is one reason the members of the group always look out for each other.

Citations: Police called to meeting of beard fans in Sweden after passer by confuses them with Isis terrorists (The Independent)