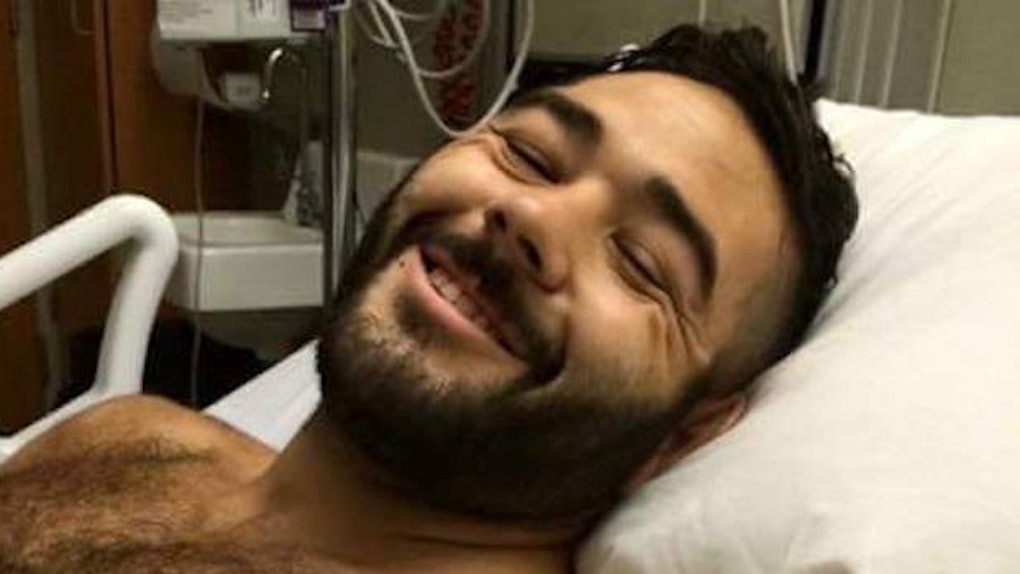 Amid the chaos of yesterday's shooting at Umpqua Community College, one of the injured victims, Chris Mintz, attempted to save the lives of his fellow students, according to his proud family.

In a telephone interview with NBC News, his aunt, Sheila Brown, said,

We were told he did heroic things to protect some people… it does not surprise me that he would act heroically.

The Randleman, North Carolina native spent nearly a decade in the Army before starting college at UCC.

His aunt claims he was shot a total of seven times in the back, abdomen and hands. He also has two broken legs.

It was a great, great shock. We've all been sitting on pins and needles and praying very hard.

Mintz is also the father of a 6-year-old son named Tyrik.

This morning, a friend relayed a few encouraging words on Mintz's Facebook page, in honor of the heroic victim. He wrote,

This is Chris's friend, Chris asked me to thank everyone for their support, he is grateful and keeping our community and all victims in his thoughts.

The gunman was allegedly killed in a shootout with Douglas County Sheriff's deputies after killing 10 students and injuring seven.