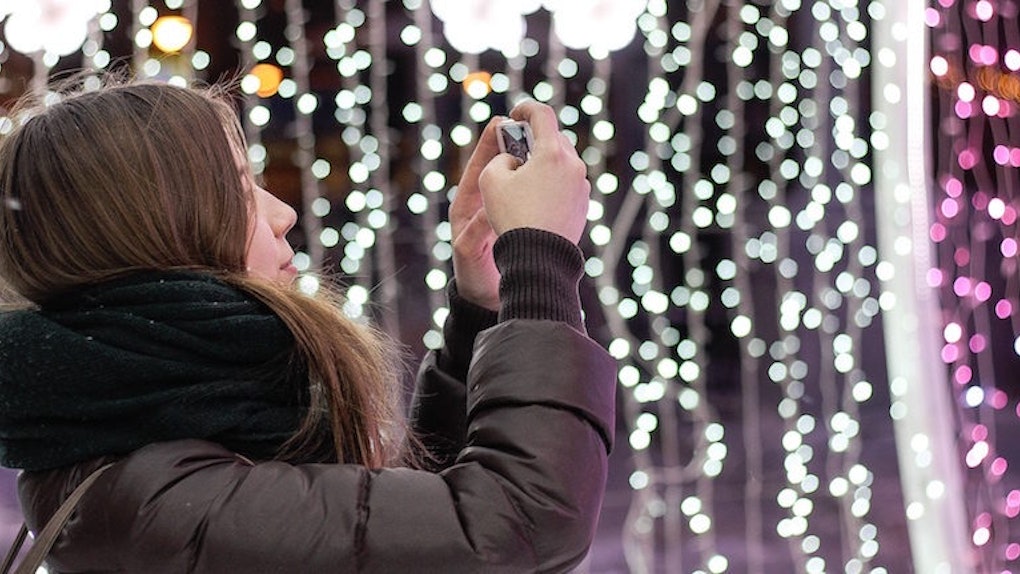 Apple iPhone 8 Might Be A Flip Phone, Patents Reveal

We're expecting Apple to completely change the game for the iPhone's 10th anniversary.

Speculation is rife as to what juicy features the iPhone 8 will hold when it's unveiled in September 2017.

But Apple accidentally dropped the biggest hint yet in leaked patent photos.

It could be a flip phone.

An Apple pending patent for "electronic devices with carbon nanotube printed circuits" includes a sketch of a phone-like device split down the middle and opened.

As the old saying goes, "If it's not broken, don't fix it." Was there anything wrong with the Motorola Razr? That thing was awesome and had it all: sexy design, metal buttons, the power to SMS text message, etc.

However, this Apple design looks as though the flip is landscape, like opening a book, and I'm not sure how to feel about that.

Part of the patent summary reads,

We don't know much about what to expect from the new iPhone, but rumors suggest it will come in a third size.

According to Nikkei Asian Review, Apple will release a 5-inch display model in addition to the 4.7-inch and 5.5-inch models already available.

So, what else can we expect? Well, for a start, we've heard rumors all iPhone 8 models will come with glass backs.

Apple has tentatively decided that all the 5.5-inch, 5-inch and 4.7-inch models will have glass backs, departing from metal casings adopted by current iPhones, and Biel and Lens are likely to be providing all the glass backs for the new iPhones next year.

The iPhone 8 lust is real.