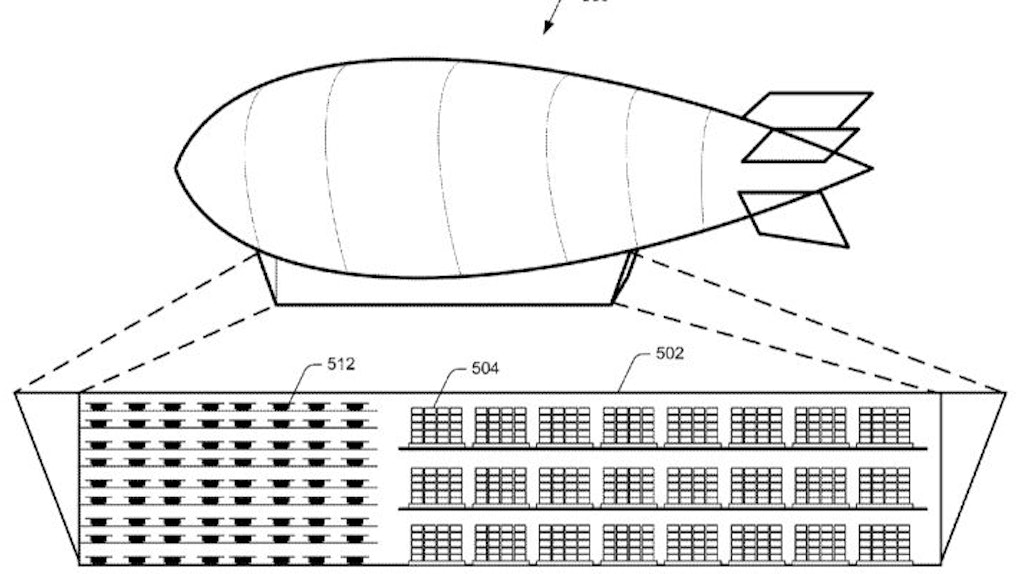 Amazon Plans Airship To Deliver Drunk Buys To You Faster

The future is now, folks (even though 2017 can't come soon enough).

Feel like you missed out on all the fun with zeppelins (minus all the hydrogen explosions)? Then Amazon has got something to show you, pal.

This recently discovered patent filing may be the key to how Amazon distributes its drone air force to destroy all of humanity... uh, I mean to give everyone their Prime packages in an orderly, non-homicidal manner. *sweats nervously*

This airship would contain several drones that would make their unmanned delivery routes. But wait... perhaps I can explain this more graphically?

These drones would burst out of the airship "Alien"-style to deliver your drunkenly purchased items to you within a few days, if you're all about that Prime lifestyle like I am.

The AFC (AKA airborne fulfillment center, which is not a hovering brothel as you might think) would float at 45,000 feet while their UAVs (AKA drones) would make their way to Earth's surface to bring you the paper towels you couldn't walk up to the grocery store to purchase.

Sorry, UPS. But your rival aerial delivery program needs a whole lot of work. One day, one day...

So, how would you get into the airship after it's airborne? Duh, with smaller airships, dummy.

And the AFC would be controlled with a combo of AI and human control. HOW CAN THIS GO WRONG?

Sorry, perhaps it's premature to bring up "Terminator" and Skynet. But now that we're on the subject...

Does anyone see any security risks these "airborne fulfillment centers" might cause? Just a hovering airship chilling above major cities?

All in all, I wish Amazon all the luck in the world with this new venture. It'll certainly give future Christmases a robotic Santa Claus to look forward to.