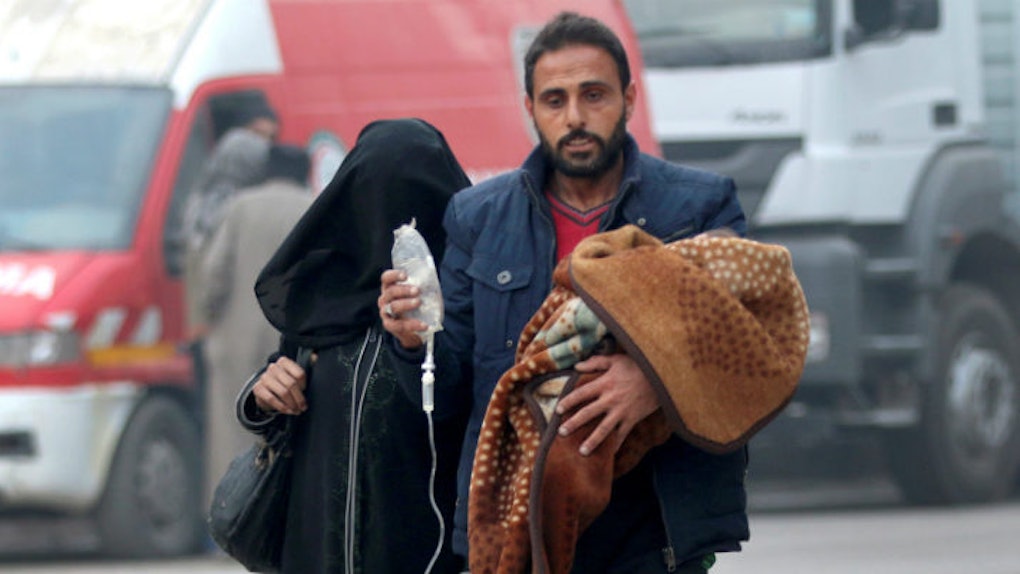 Aleppo's Wounded Civilians Will Be Brought To Israel

Despite trying to avoid becoming a part of Syria's civil war, Israel is extending help to civilians who have been injured in Aleppo.

Israeli Prime Minister Benjamin Netanyahu has ordered his government to "find ways" to bring those civilians to Israeli hospitals on Tuesday.

Israel has already treated thousands of civilians and rebel fighters in hospitals along the border the country shares with Syria. Aleppo is located 400 miles from Israel's border.

While Syria is still technically at war with Israel, Netanyahu hopes to allow hundreds of Syrians into the country's borders.

Ziv Medical Center is one of the Israeli-run field hospitals that has helped treat Syrians since 2013, when the war began.

According to Dr. Salman Zarka, the hospital's director, the hospital has treated over 2,500 Syrians in those three years.

This announcement on Tuesday is the first time Israel has offered to take wounded Syrians into the actual country.

Netanyahu said at a reception for foreign correspondents,

We see the tragedy of terrible suffering of civilians and I've asked the Foreign Ministry to seek ways to expand our medical assistance to the civilian casualties of the Syrian tragedy, specifically in Aleppo. It's being explored as we speak.

Forces loyal to the Syrian President Bashar al-Assad, along with Russian warplanes, retook rebel-held parts of Aleppo. The attack left neighborhoods in ruins, and hundreds of civilians were killed.

United Nations office for the Coordination of Humanitarian Affairs spokesperson Jens Laerke said it was a "complete meltdown of humanity."

Since Thursday, 25,000 people have been allowed to evacuate, but thousands are still waiting for their chance to escape the violent city.

Jews cannot be indifferent while hundreds of thousands of refugees are looking for safe haven.

Still, Netanyahu announcement has inspired hope, as every little bit of help for those affected by the violence is desperately needed.

Citations: Israel just announced it will take in wounded civilians from Aleppo (Vox)