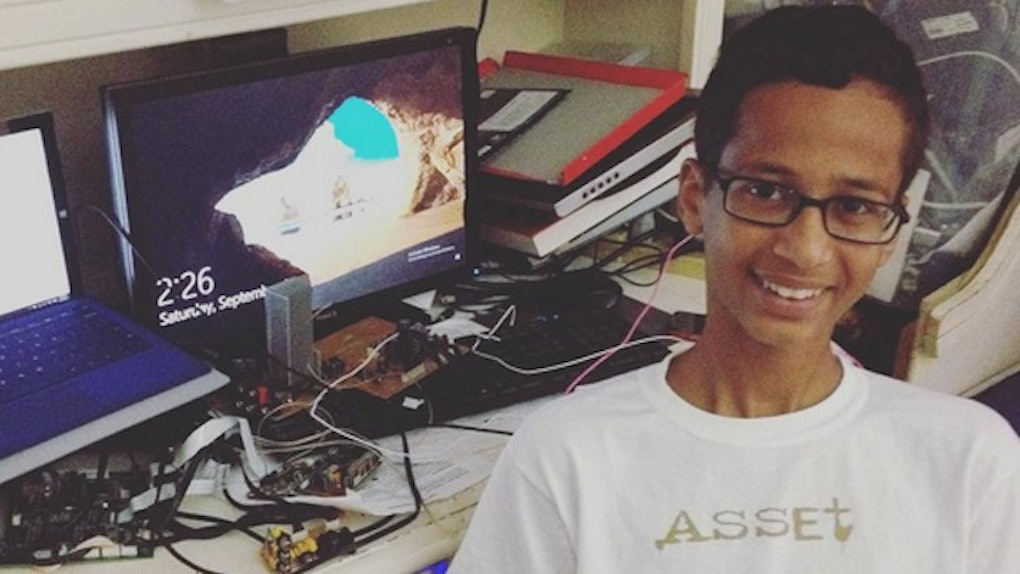 In September, Ahmed Mohamed, a 14-year-old from Irving, TX, was arrested for bringing what his teacher believed to be a bomb to his high school.

As quickly as the story spread across social media, the public learned it was no bomb at all. The inventive teenager had crafted a digital clock from a pencil case and brought it school to show his engineering teacher.

Soon after his arrest, Mohamed's story went viral. The public, celebrities and even politicians jumped to his defense, calling the boy an inspiration, not a criminal.

Two days after his arrest, police announced Mohamed would not be charged, but he remained suspended from his high school for nearly a week.

Mohamed has been on somewhat of a world tour ever since. In a few days, he is even set to meet with President Obama during Astronomy Night at the White House.

Before meeting the president of the United States, however, the teenager and his family met Sudanese President Omar al-Bashir, an alleged war criminal, in his father's native country of Sudan.

Wanted by the International Criminal Court for war crimes in Darfur, al-Bashir denies the allegations of rape, torture, murder and genocide.

Mohamed posted a Vine of his family's arrival at Sudan Airport earlier this week:

Mohamed's father, Mohamed Hassan al-Sufi, is a Sudanese immigrant who once ran for president against al-Bashir in Sudan.

According to The Sudan Tribune, young Mohamed said he was "extremely delighted" to meet with the Sudanese president, and he would return to the country again soon, next time with a new invention.

During their travels, Mohamed's family has reportedly visited educational facilities in Qatar and made a pilgrimage to Mecca.

Although this meeting may seem a bit strange, it could just be Mohamed adding to his collection of high-profile friends.