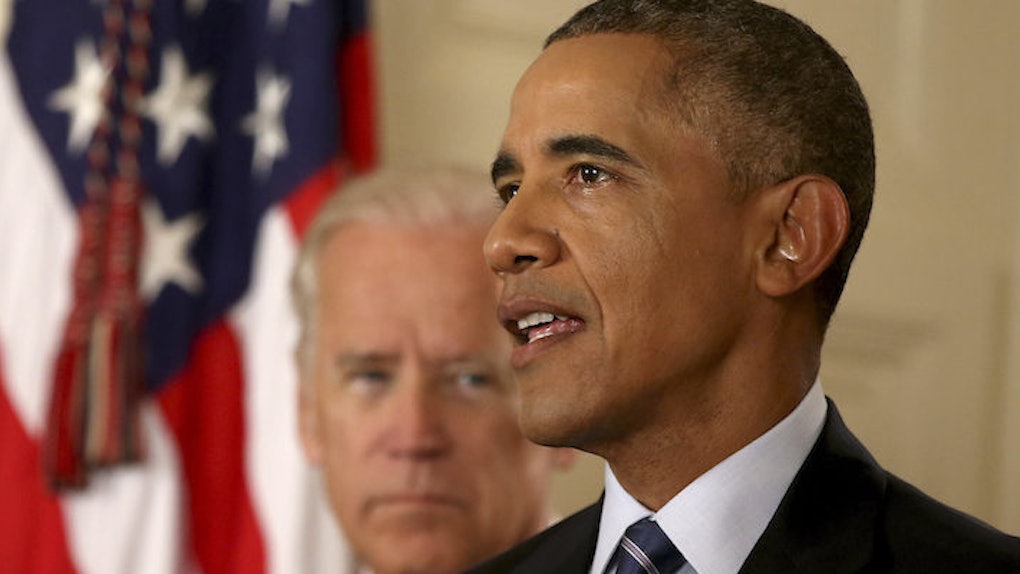 Friday marks fourteen years since one of the most tragic and devastating events in US history.

The 9/11 terror attacks claimed thousands of lives and devastated lower Manhattan and the Pentagon.

The destruction is no longer visible, repairs have been made, new buildings and memorials have been constructed, but the pain of that awful day continues to linger. America's psyche has never quite recovered from the shock and horror of that day.

Indeed, 9/11 changed the world forever. In many ways, America's overall response only made things worse.

But if there is anything positive to be taken from the awful events of that day, it's the hope and solidarity that brought people together in its aftermath.

These sentiments have often felt absent in the years that followed.

The War on Terror, the Great Recession and the polarized nature of American politics, among other things, have made it difficult for many to feel optimistic about this country and its future.

But, in spite of all we disagree on, one day a year, we are once again unified as we commemorate the events of 9/11, the lives of the victims and the bravery of the first responders.

This alone is reason to hope. It reminds us we all share a common humanity -- a basic decency that drove the heroes of 9/11 to rush toward ground zero to aid and rescue complete strangers.

If these words have failed to lift your spirits, here are eight quotes about 9/11 that will fill you with hope.

Even the smallest act of service, the simplest act of kindness, is a way to honor those we lost, a way to reclaim that spirit of unity that followed 9/11. - President Obama

If we learn nothing else from this tragedy, we learn that life is short and there is no time for hate. - Sandy Dahl, wife of Flight 93 pilot Jason Dahl

Remember the hours after September 11th when we came together as one to answer the attack against our homeland. We drew strength when our firefighters ran upstairs and risked their lives so that others might live; when rescuers rushed into smoke and fire at the Pentagon; when the men and women of Flight 93 sacrificed themselves to save our nation’s Capitol; when flags were hanging from front porches all across America, and strangers became friends. It was the worst day we have ever seen, but it brought out the best in all of us. - Secretary of State John Kerry

September 11, 2001, revealed heroism in ordinary people who might have gone through their lives never called upon to demonstrate the extent of their courage. - Geraldine Brooks

Every time I come to New York, I remember how powerful the spirit of this city is. Especially today. NYC, I love you. - Ellen DeGeneres

The next morning, I went back to the open vantage from which we had watched the tower so dreadfully slip from sight. The fresh sun shone on the eastward façades, a few boats tentatively moved in the river, the ruins were still sending out smoke, but New York looked glorious. - John Updike