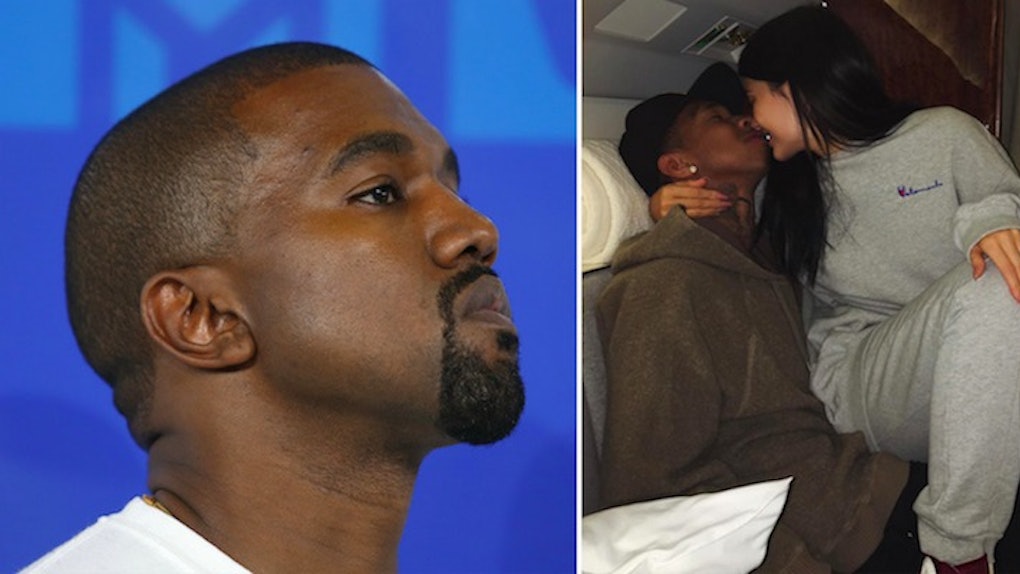 Kanye West is unpredictable AF, and that's a fact, but his latest move is one we definitely all saw coming.

The "Famous" rapper announced Wednesday after his Yeezy Season 4 fashion show in NYC that he has signed Tyga to his music label.

We're not too shocked West is keeping it in the fam, but people are definitely skeptical about the young rapper joining the G.O.O.D. group and think his bae, Kylie Jenner, is the only reason he was given the opportunity.

I mean, c'mon, the savvy makeup guru might as well take home the award for "Girlfriend of the Year" if you take into account the glamorous lifestyle she's provided Tyga with.

Needless to say, Twitter is going wild about West's new artist -- and fans are definitely blaming Kylie for her boyfriend's instant success.

On the other hand, some people think what "sugar daughter" Kylie's doing for Tyga is "good."

Regardless of whether Kylie had a say in her big brother-in-law signing Tyga, it's not the first time time the rappers have worked together.

Believe it or not, Kanye was the executive producer on Tyga's 2015 record: The Golden Album: 18th Dynasty.

Hopefully the two continue to work well together and a family feud doesn't get in the way of business.

Kylie, thank you for your contribution to the music industry.