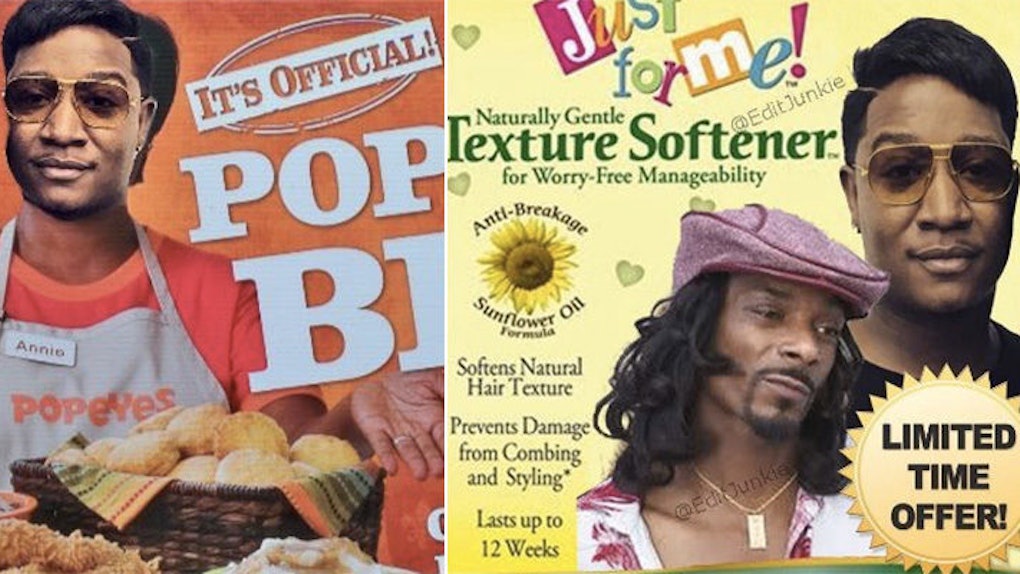 Yung Joc knew what was coming to him.

He wrote in his caption,

I know ya'll gonna hit me with all the shade in the room and that's totally fine because I know how blessed I am.

And Yung Joc was totally right because Twitter came for him after he revealed his new hairdo.

Yeah, there's a lot more where that came from. As the rapper might say himself, it's goin' down in the "Young Joc" trending topic on Twitter.

Some people broke out comparisons to TV characters and celebrities.

Other people tried to guess how the conversation went down between Joc and his barber before he got the cut.

Young joc got hair like he a nurse technician, with 3 Michael Kors purses & he drive a Nissan Altima pic.twitter.com/1aJYvEZwc6 — Tupac Off Juice (@FrankHoecean) August 26, 2016

Even Snoop Dogg joined in on the fun.

But the most common comparison was obvious: "Yung Joc is out looking like somebody's auntie."

But if you thought Yung Joc would be fazed by these jokes, think again. He even posted a couple of the memes himself.

See? We're laughing with him, not at him.