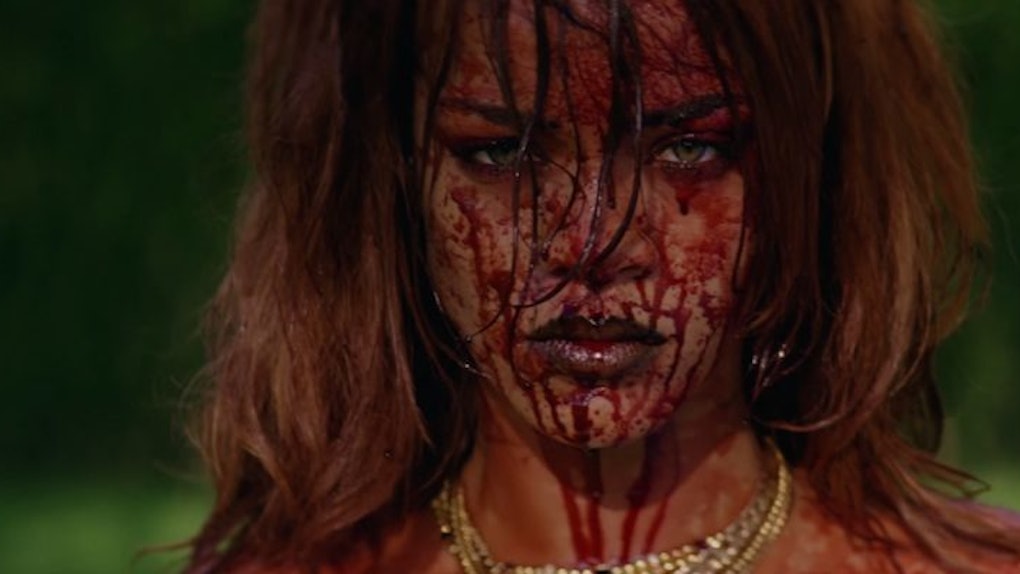 We all knew @badgalriri was a bad bitch.

Last night, Rihanna dropped her new music video for “Bitch Better Have My Money,” and its content is a little more personal than you may have guessed.

The video, which features RiRi kidnapping, torturing and killing a hot blonde who turns out to be the wife of an accountant she later slaughters, could reflect her own personal lawsuit against her former accountant, Peter Gounis of Berdon LLP.

In 2012, the Barbadian stunner filed a negligence lawsuit and a federal breach of contract against Gounis, and in 2014, New York Daily News obtained papers detailing the allegations of the lawsuit.

According to Rihanna, aka Robyn Fenty, Gounis gave her bad real estate advice, and then he failed to mention her Last Girl on Earth Tour was losing money. Her bank account shrunk from $11 million at the beginning of 2009 to $2 million by the end of the year.

According to New York Daily News, the documents say,

Mr. Gounis advised Ms. Fenty that she could afford to purchase [the home] at a time when Ms. Fenty was in financial dismay... In 2009, Ms. Fenty was 'running out of cash' and Mr. Gounis knew this.

Apparently, by the end of 2009, she was “effectively bankrupt” and unable to manage her expenses.

Lawyers from Berdon LLP told the New York Daily News these allegations are false... But that's what they always say, right?

Luckily, she now has about $43 million to artistically channel her frustration in video form.

This is "The Bitch" who better have her money.

I think we all know that "holy shit, I thought I had more money" feeling.

Rihanna is REALLY angry about this.

There was a happy ending: The Bitch ended up having her money.

Citations: Is Rihannas BBHMM Video About Revenge On Her Actual Former Accountant (The Fader)