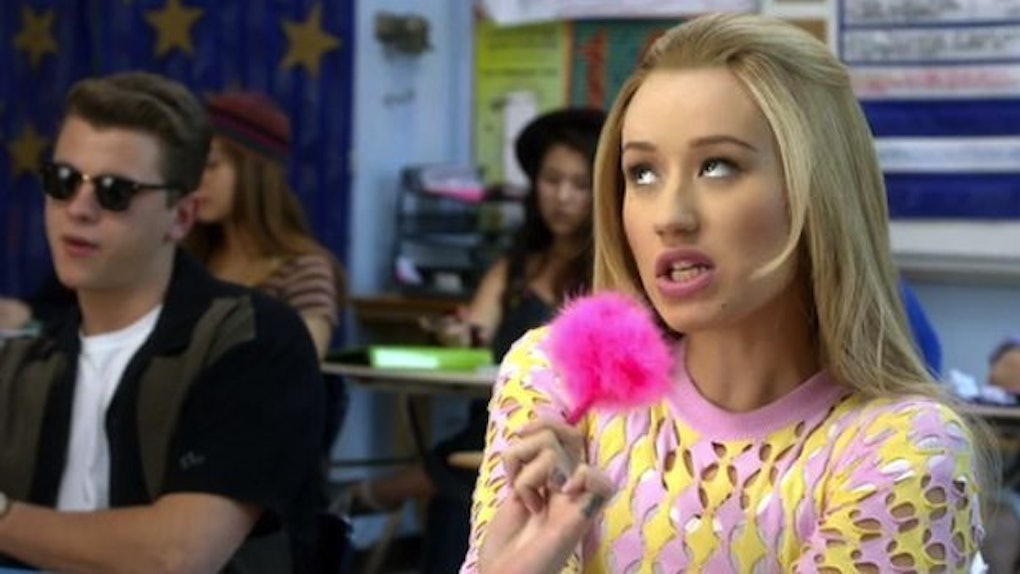 Writing a hit song might seem quite difficult, but according to some new research, it's actually easier than one might think.

A study found songs that repeat keywords and phrases over and over again are more successful on the charts.

The study, authored by Joseph Nunes of the University of Southern California, found number-one hits repeated lyrics up to 20 percent more than less popular songs.

To make it into the Hot 100 more repetitive songs do better. We expect songs that are lyrically more repetitive, for instance by repeating the chorus more often, and thus more fluent, to be generally preferred and adopted more quickly and broadly in the marketplace.  Repeated lyrical phrases are often accompanied by the same melody and rhythm.

Of course, there are many other factors playing into the success of a song.

However, repeated phrases are easier for listeners to understand and, thus, create a more pleasurable experience.

The chorus of a song is often used as a 'hook' to catch the ear of the listener and is repeated regularly throughout a song. One benefit derived from having encountered a stimulus previously, or repetitive priming, is an ease of processing. An ancillary benefit resulting from processing fluency, notably for aesthetic goods, is that the experience is typically more pleasant.

In order to come to these conclusions, Nunes and his team studied over 1,000 singles that made it to the number-one position on the Billboard Hot 100 chart over a period of 55 years.

They compared the lyrics of these songs to 1,450 other songs that never made it above the 90th spot on the Billboard chart.

This is all a fancy way of saying there's a scientific reason you love "Shake It Off" so much.