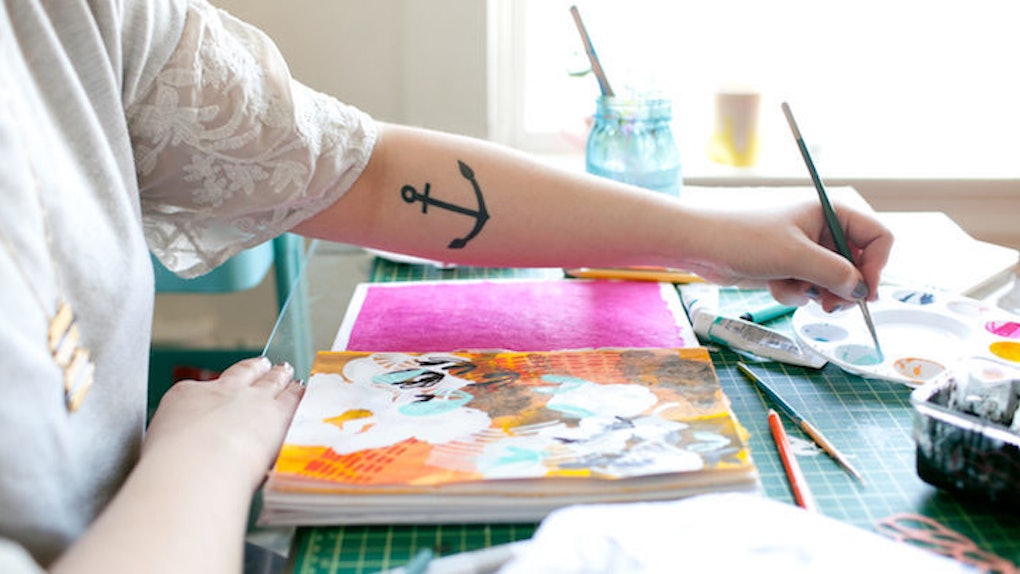 This Pop Star Knows The Secret To Being More Creative

We don't often give them enough credit, but pop stars live insanely hectic lives. Between traveling on the road for weeks at a time, performing in front of massive audiences and writing new music, it's a nonstop grind that only the toughest can survive.

That's where Jessy Lanza comes in. As a rising singer, songwriter and music producer, Lanza has a proverbially full plate. Combining R&B with experimental pop, hers style defies tidy categories, opting instead for music that is as unique as it is entrancing.

The Guardian described her 2013 debut album, Pull My Hair Back, as "the latest and possibly greatest of the new ethereal soul girls." She released her second and latest album, Oh No, this year to rave reviews as well.

Elite Daily caught up with Lanza while she was on her way from Seattle to Portland on Thursday for her current American tour. We talked musical influences, purifying your house with plants and CatCon, because all conversations should ultimately revolve around cats.

After learning to record music by watching YouTube videos, Lanza linked up with Junior Boys' Jeremy Greenspan to write and co-produce Pull My Hair Back. While she said she would define her music as pop for the most part, it's more about working on a song until it sounds right. As she explained,

I think what's most important to both of us is that what we're doing sounds distinctly like us and not like anybody else.

To do that, they mix and match interesting sounds. As she described to The Guardian's Lucy Jones,

Jeremy and I had a great idea of doing field recordings at the mall. You never know where you're going to get things that could be useful in the studio. World Star Hip Hop is really good for soundbites because everyone can submit a video and that's lots of stuff that you can pull little bits from. Some of the soundbites I use are of people fighting. I'm terrified of somebody suing me for something!

Lawsuits aside, Lanza has a knack for channeling her creativity into productive action. How does she do that exactly? For Lanza, it all comes down to showing up and putting in the work. When I asked her what her everyday routine looks like, she said,

The consistent thing is that I go to my studio every day. And it's the same for Jeremy. We both have separate studios and I'll try to get there by morning. If it's still morning, I'm feeling good about myself but often that doesn't happen. But yeah, I'll just go there and I spend all day and all night there.

I'd read in an interview with Stereogum that Lanza surrounds herself with tropical plants to purify the air in her studio.I figured if boosting your creativity is as easy as filling your house with gorgeous plants, then I'm all for it. When I asked her why she does that and how it has helped her process, she said,

I just found that my mind was wandering to anything but doing something creative or doing my music. We live in a really old house and the basement is super moldy and wet and the house just smelled like shit all the time... It was just crazy. So the plants have helped with that.

When I asked her if the pollution in LA is killing me or if I'm just crazy, she said with a laugh,

That's as honest of an answer as I've ever gotten from anybody, so I felt emboldened to ask her the next hard-hitting question: Dogs or cats?

Would you guys say she's a cat person? What do you think? Clearly, Jessy Lanza is the coolest person on the planet, so there's also that. You can listen to her latest album on Spotify, and if you're in LA on Sunday, be sure to see her live at the Echoplex.

Citations: Jessy Lanza: 'The public is largely misogynistic' (The Guardian)