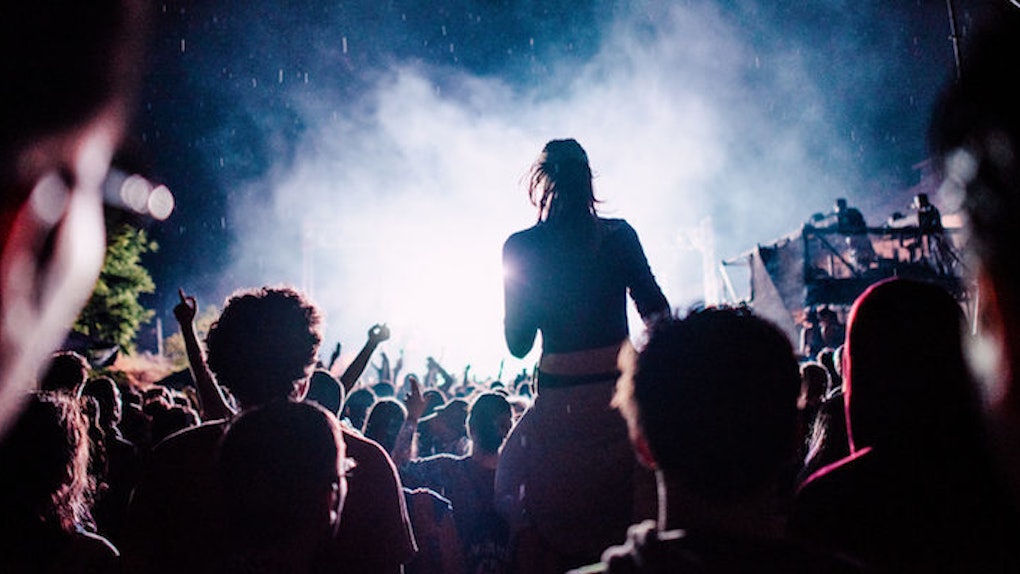 5 Signs You Don't Just Love Festivals, You're Obsessed With Them

How many music festivals did you attend this season?

If you answered more than four, you might just be a hardcore festival fan, aka the one in five festival attendees who's spending and attending more than all the rest.

But let's back up.

Ever since Coachella came onto the scene, music festivals have continued to capture the hearts and wallets of millions of Americans. In fact, there seems to be a new festival popping up — or shutting down— every other week, and there are only so many headliners to go around. That's led to questions around whether festivals will keep growing, or if we're in a bubble that's about to burst.

To find out, we talked to 1,000 festival-goers to answer questions like: Is festival attendance growing or shrinking? (Spoiler: It's still growing.) Are people sick of them, or can they still not get enough? (Answer: A little of both.) And exactly what makes someone want to go to one festival over another? (Keep reading for this one.)

We uncovered so many new insights that we had to write a full report to cover them all. But the most interesting thing we found? There's one type of festival attendee that's way more valuable to the industry than the rest.

Meet the “hardcore festie.” This fan attends an average of five to six music festivals a year and outranks other festival-goers in VIP purchasing, social influence and virtually every other aspect of spending, attendance, and engagement.

If any of these sound familiar, you might just be a hardcore festie:

You spend more on festivals than you do on food.

A hardcore festie spends a whopping $1,144 a year on average for festival tickets, throwing down 78 percent more per ticket than casual festies, who attend one festival a year.

Their most expensive festival ticket averages about $420, a full 57 percent higher than the average festival-goer, and they're also willing to pay a premium for an upgraded experience. Nearly three in four have bought a VIP ticket in the past and and nearly half are willing to pay double or more the cost of a GA ticket for VIP perks like access to artist lounges, viewing areas close to the stage and free drinks.

You think headliners are everything.

Even though hardcore festies aren't afraid to spend, they still think about cost and location when deciding whether or not to go to a festival. But the single most important deciding factor for most hardcore festies? The artists.

And over a quarter of them called out headlining artists specifically. Two thirds would rather see their favorite artist headline a festival than play a standalone show, and over half said they went to more festivals this year than last because the artist line-ups were better.

You're drawn to the new and niche, but still down for mainstream festivals.

So, what kind of festivals are hardcore festies drawn to? Coachella, Bonnaroo and Lollapalooza were mentioned as the top three festivals these fans attended. But regardless of their mainstream habits, over half said they'd rather attend smaller, niche festivals that cater to their specific interests.

And while they show serious loyalty for certain festivals (attending their favorite an average of three times), over half said they'd  go to a new festival over one they'd already been to.

You're not above rolling solo or traveling far to the right fest.

If none of their friends or family could go, nearly three quarters of hardcore festies said they'd go alone to a festival, and more than half would travel outside their state or province to get there. While almost half agree festivals today are too corporate, 82 percent say they are fine with brand sponsorships and welcome swag on the festival grounds.

After all, who doesn't love free stuff?

The majority (69 percent) of hardcore festies are “that friend” you count on to let you know about upcoming music festivals. More than half actively research festivals and then invite family and friends to join. And their social reign extends to the festival itself, where more than 80 percent are active on social. During the fest, 81 percent post photos, 71 percent tag friends they're with, 56 percent use a festival's hashtag and 27 percent use a festival's Snapchat filter.

So, thanks to the hardcore festie and their casual festie friends, the music festival bubble doesn't appear to be bursting anytime soon.

Are you a hardcore festie — or do you know someone who fits the bill? Let your friends know by sharing the love riiiiight here.