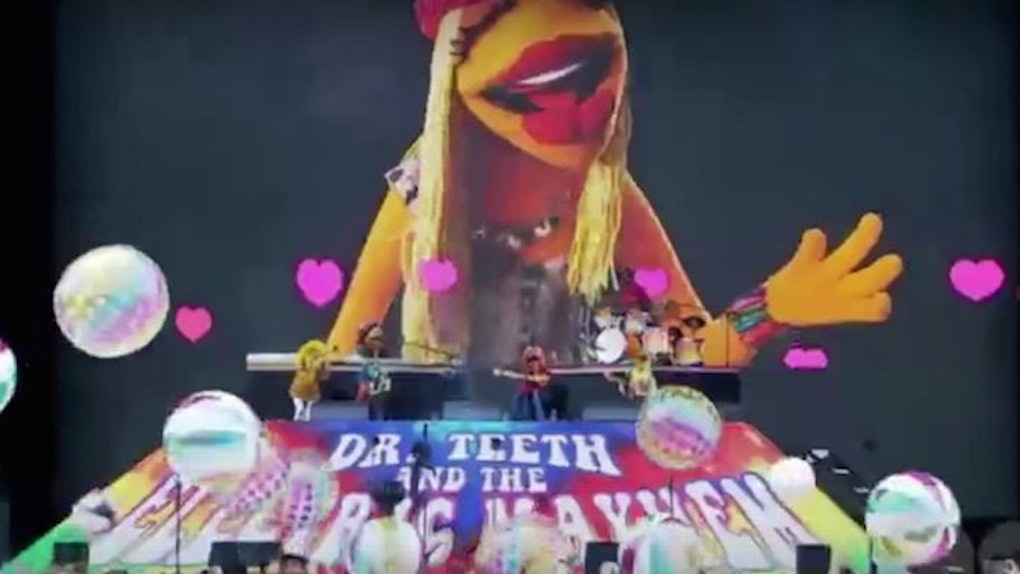 You know that thing where you and your friends smoke a fat blunt in Golden Gate Park and settle in for an afternoon of live music performed by human bands only to turn to the stage as the Muppets walk out and melt faces?

Dr. Teeth and The Electric Mayhem played an unmissable five-song set at Outside Lands in San Francisco on Saturday.

Generally, hazy midday festival Instas of friends doing cartwheels in flower crowns generate the most jealousy from those of us stuck inside all summer drafting relatable, self-deprecating Facebook posts about hating work or eating too much bread.

This season, though, footage of the Dr. Teeth set is the flower crown cartwheel post to envy into oblivion.

Floyd and Animal know how to rock the selfie and rock the stage! Keep on grooving, #OutsideLands!pic.twitter.com/4hwdvYGqly — The Muppets (@TheMuppets) August 8, 2016

They opened with “Can You Picture That?” -- an original -- followed by The Mowgli's' "San Francisco" Edward Sharpe and the Magnetic Zeros' “Home” and The Band's “Ophelia.”

Dr. Teeth and the gang closed the set with a cover of The Beatles' “With A Little Help From My Friends,” with a little help from the Oakland Interfaith Gospel Choir.

Everyone with two ears and a human (or Muppet) heart knew this was the set to see.

I still can't believe The Muppets are performing at Outside Lands this year — Therese (@resesjoy) August 5, 2016

This is just one of those legendary moments in music, man.

Citations: The Muppets (Yes, The Muppets!) Played A Five Song Set At Outside Lands And You Can Watch The Whole Performance Here (BroBible)