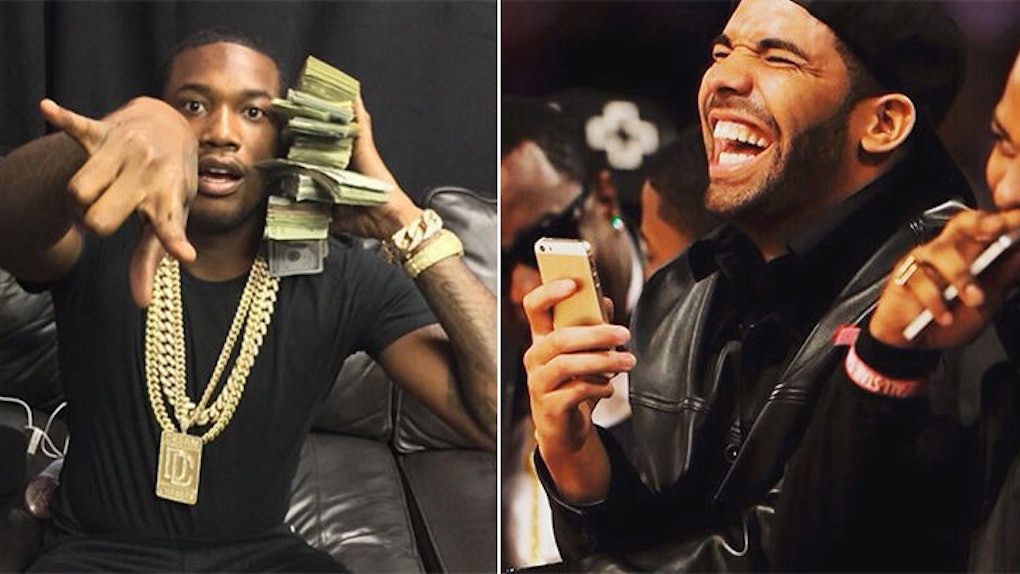 It took him almost a week to finally respond to not one, but two diss tracks from Drake after getting into beef with him on Twitter, and now, his reputation has taken a serious blow.

Not only did Drake violate his life in ways that would make any grown ass man cry, but he made Meek the laughing stock of the industry with hilarious memes like these.

As we all know, memes never die.

While The Undertaker's sample in the beginning is pretty lit, the track soon becomes underwhelming after the second bar.

However, the track says it features Quentin Miller, Drake's alleged ghostwriter and the reason this war started.

He even dropped his name in the song saying,

And the Photoshop album art is just as bad as the song.

The timing, execution and actual song came out pretty terribly for Meek. After Drake pretty much called him the bitch in his relationship, it was pretty much quiet!

Maybe, he'll come back recharged and drop a second track like Drake, but at this point, it might be a wrap.

Drake already heard the track and posted this on Instagram.

Sorry, Meek Mill, but if Drizzy drops one more diss track, it will probably end you.

Twitter was the final judge on this and really let Meek have it.

This photo was destined to be a meme that haunts him.

"You stood up for yourself that's all that matters" pic.twitter.com/RLdk76Smvm — Mos Def (YasiinBae) (@JuanGleesh) July 31, 2015

But, what was Nicki really thinking after she heard the song?

Lil' Kim had one of the best reactions to this.

When fast food chains are getting involved, you know it's bad.

Meek Mill take it from us- if you gonna serve beef serve it high quality — Whataburger® (@Whataburger) July 31, 2015

But damn, I guess it really was that bad.