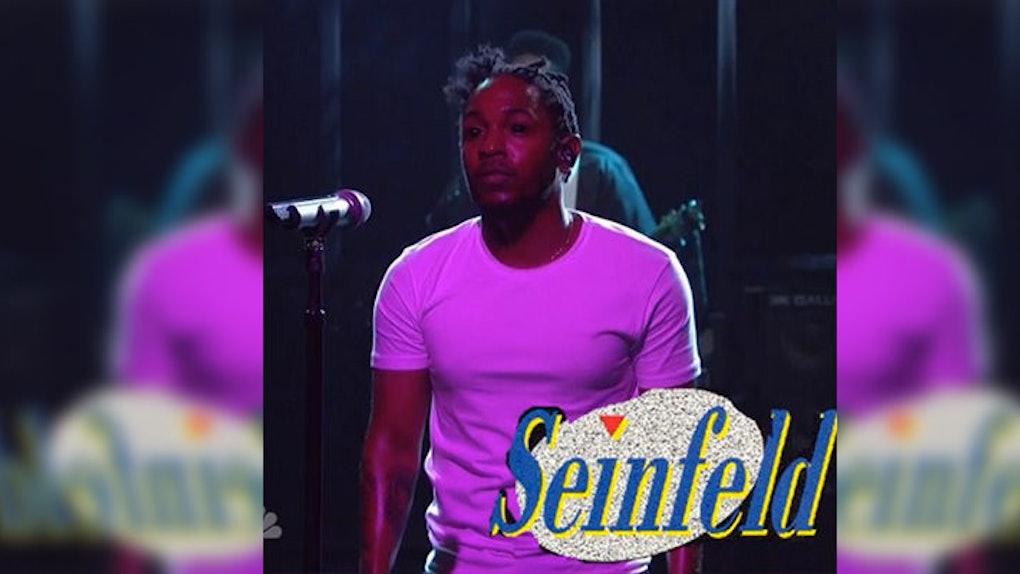 Some Genius Perfectly Mashed Up Kendrick Lamar And The 'Seinfeld' Theme

By now you've heard or least pretended to listen to Kendrick Lamar's new album, To Pimp A Butterfly.

The soulful project is an unexpected switch up from most mainstream works these days; elements of funk, R&B and jazz are prevalent throughout the entire album.

However, if there's one song that stands out from the rest, it's track number three, "King Kunta." And the song actually received a "Seinfeld" remix that's too good to be true.

The signature baseline is the perfect tempo for Kendrick's verse, and yeah, it might just be better than the original!

Now we're just looking for the full version. So who got that?