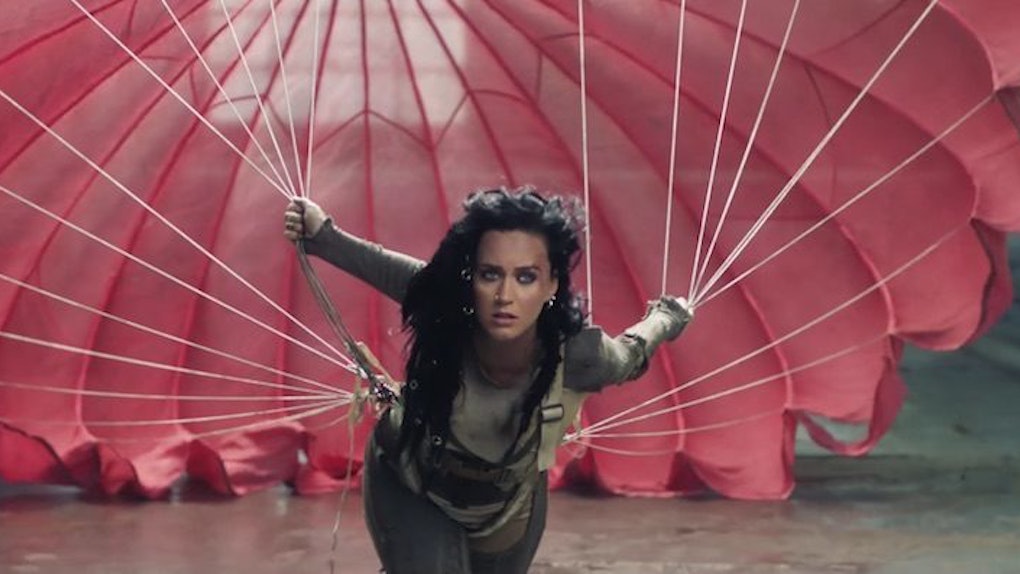 Katy Perry just released the music video for “Rise,” one day after being photographed with Orlando Bloom's penis on a paddle board.

Let that irony wash over you.  Perry's anthem for the Olympians is an inspirational power ballad touching on the theme of overcoming adversity to achieve your goals no matter the obstacles.

The release of the video coincides directly with the start of the Rio Olympics opening ceremony, which is scheduled for later tonight.

Back in July, Perry tweeted her announcement of the release of the song on Apple Music.

In a press release, she wrote to her fans,

I was inspired to finish it now, rather than save it for my next album, because now more than ever, there is a need for our world to unite. I know that together we can rise above the fear -- in our country, and around the world. I can't think of a better example than the Olympic athletes, as they gather in Rio with their strength and fearlessness, to remind us how we ALL can come together, with the resolve to be the best we can be. I hope this song can inspire us to heal, unite, and rise together. I am honored that NBC Olympics has chosen to use it as an anthem before and during the Rio Games.

The video features Perry and her longtime friend, a futuristic parachute, struggle to make their way through a desert. Let me tell you, the wacky series of hijinks these two get into are hilarious.

Seriously, if you overdub this video with "The Benny Hill Show" theme song, I guarantee you'll laugh for eight days straight.